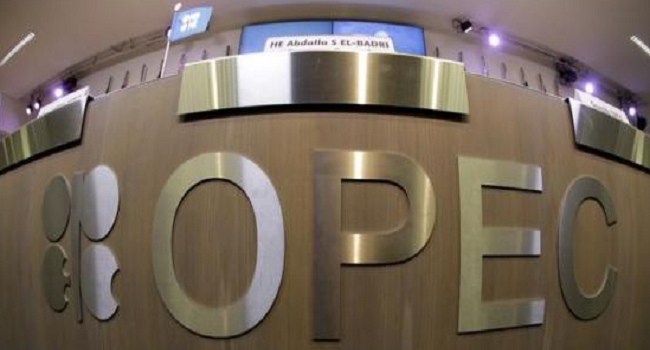 Oil supply and demand don’t fully justify the 60% drop in prices between June and January as speculation also played a role, according to OPEC.

A rise in supply from outside the Organization of Petroleum Exporting Countries at a time when demand for oil was weak was the main reason for the drop, OPEC said in its monthly bulletin on Monday. Brent oil, benchmark for more than half of the world’s crude, tumbled from mid-June to a six-year low in January as U.S. output climbed to the highest level in more than four decades and OPEC members pumped more barrels.

“There was one other important factor that contributed to the downturn, especially as the price decline gained momentum,” OPEC said. “That was speculation.”

Brent for June delivery traded 0.2% lower at $66.35 a barrel on the London-based ICE Futures Europe at 12:53 p.m. Singapore time. Prices have rebounded from the low of $45.19 in January. The premium that speculators add to oil prices ranges from $10 to $30 a barrel, OPEC said.

The 12-member OPEC left its production target unchanged at a November meeting, prompting speculation that it would let crude slide low enough to curb shale development in the U.S.

OPEC’s interest is different from that of traders in the market as hedge funds and speculators need prices to fluctuate to make profits, OPEC said. “The stability that OPEC and other energy stakeholders seek is of no help to them and severely limits their scope for gain,” OPEC said.

OPEC oil production was little changed in April near the highest level since November 2012 as Saudi Arabia pumped 10 million barrels a day, according to a Bloomberg survey of oil companies, producers and analysts. Production by OPEC slipped 1,000 barrels to 31.295 million a day, the survey showed.

The organization’s ministers are scheduled to convene June 5 in Vienna to discuss the market and output targets.