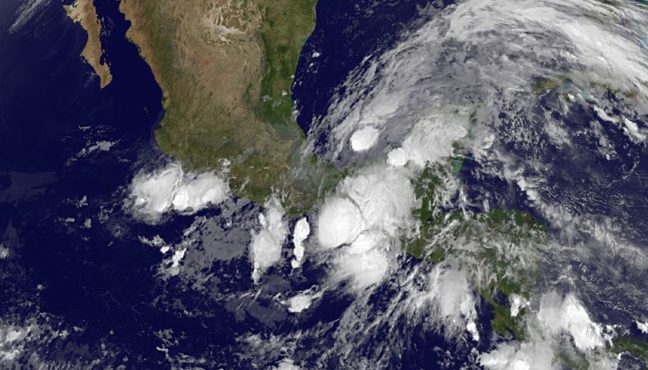 U.S. crude oil prices edged up on Tuesday, supported by warnings that a tropical storm threatened to hit the coast of the oil-producing state of Texas, but oversupply weighed on Brent.

The U.S. National Hurricane Center (NHC) issued a tropical storm warning on Tuesday for the Texas coast from Baffin Bay to High Island.

Chevron Corp and Royal Dutch Shell have evacuated non-essential workers from oil platforms but have not yet shut production in a basin responsible for nearly a fifth of U.S. crude oil output.

“The storm explains WTI’s outperformance over Brent, and maybe there is some expectation in the market that U.S. inventory data will show another draw, which could explain the small rebound in prices,” said Carsten Fritsch, an analyst at Commerzbank in Frankfurt.

U.S. crude stocks are forecast to have fallen 1.8 million barrels week-on-week, according to a Reuters poll of analysts, the seventh weekly draw in a row. The data from the Energy Information Administration is due on Wednesday.

“That has been the main source of support, because OPEC is still over-supplying,” said Ole Hansen, senior commodity strategist at Saxo Bank.

Unsold North Sea and West African crude barrels are building up in tankers offshore in the Atlantic Basin, weighing on physical crude prices. This is despite the fact that European refiners are running hard to take advantage of strong margins.

“The amount of crude oil afloat on the water off the coast of the UK is increasing and that is putting considerable pressure on the North Sea price structure,” Olivier Jakob, an oil analyst at Petromatrix, said in a note.

“The last time we had a North Sea structure as weak was in July of last year, a move that preceded the big flat price dump,” he warned.