Nigerian Elections 2015: An Analysis of Oil, Militancy and Subsidies 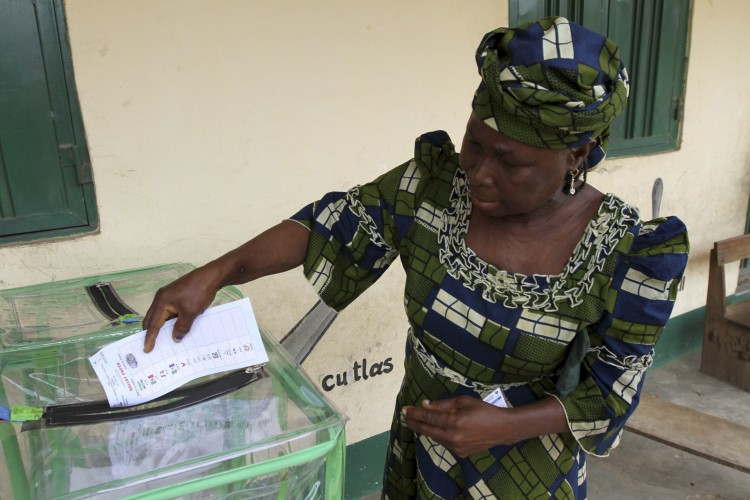 On March 28, Africa’s biggest economy and also the continent’s largest oil producer, Nigeria, will go to the polls to elect its new president.

In an ideal world, these elections should have taken place six weeks ago. But alas, Nigeria has experienced a tumultuous last 12 months, and the lead up to the elections has been anything but uneventful.
Unfortunately, violence before and after Nigerian elections has always been looked on as a certainty, a given. And there has been no exception this time either.

The incumbent Goodluck Jonathan from the People’s Democratic Party (PDP) looks most likely to win, but exit polls and analysts also anticipate it to be one of the closest elections in the country’s political history.

Goodluck’s main competitor and threat is Muhammadu Buhari from the All Progressives Congress (APC), an ex-military general who ruled the country in the mid-1980s after taking power in a military coup.

But he is now looked up to as a reformist and strong leader with a focus on anti-corruption issues. He also hails from the north of the country, a rarity for a president and a presidential candidate.
There seems to be an opinion that despite who wins the elections, the oil sector is likely to be a similar state in what it is currently. So let’s look at some points that could change.

From a global and strategic perspective, Nigerian crude is extremely important to the world, producing more than 2.1 million barrels per day of crude oil. It also produces one of the lightest and sweetest crude oil blends in the world, providing a rich yield of gasoline and distillate products and also low in sulfur.

Nigerian crude oil has one of the widest global reaches among the big producers. Nigerian crudes regularly travel to Europe, India, Brazil, Indonesia and Canada, but they also find homes in Australia, Uruguay, South Africa and Sweden.

India currently is the largest customer for Nigerian crude, buying anything from 15% to 20% of the Nigerian crude oil export program every month.
Recently, while I was in India for a business trip, many oil refiners asked me what the main impact would be if Buhari won the elections. There seemed to be a lingering anxiety on whether a change of government could cause a change in export policy or a disruption of flows.

The return of the Niger Delta militants?
Firstly, some militants in the oil-rich region of the Niger Delta have said that if Goodluck Jonathan (who also hails from southern Nigeria) lost his re-election bid, they would respond violently. This is the last thing the country and the new president would need.
For these militants, Goodluck is now looked at as one of them. Relations with his government have eased in the past few years, and even sabotage and pipeline attacks have reduced steadily in the past few months.

Conversely, a further real worrying sign is that other groups of ex-Niger Delta militants have said that if Buhari did win the presidential race, they would reinvigorate their militancy.
The government’s amnesty deal with the Niger Delta is expected to end later this year, and this could add another security menace to Nigeria, along with the steady rise in attacks by the terrorist group Boko Haram.
Boko Haram recently pledged allegiance to Islamic State, adding another psychological dimension to their armory. But Boko Haram is strong in the north of the country, far away from the country’s oilfields and infrastructure in the south.
Is the time right for subsidy cuts?

The other elephant in the room in the Nigerian oil sector is subsidies. Many African countries have historically had large subsidy programs in place to insulate their populations from the effect of high global oil prices.

But now, with the continued decline of oil prices since July 2014, there are some voices calling for the future government, whoever that might involve, to take steps to remove some fuel subsidies.
The drop in the price of oil represented an opportunity for the removal of subsidies on fuel, Vitol CEO Ian Taylor recently told delegates at a recent African Refiners Association conference in Cape Town.

“We encourage the removal of subsidies as it creates a more efficient market … we believe there are more funds going off the subsidies and going into economic development,” Taylor said, looking at the challenges and opportunities of a low-cost crude environment.

Despite being Africa’s top crude exporter, Nigeria imports more than 85% of its refined oil products needs due to the poor performance of its domestic refineries.

Under the subsidy regime on imported fuels, Nigeria pays gasoline importers the difference between the landing cost and regulated domestic pump prices.

Critics say the subsidies create many unwanted effects, including increased smuggling between countries with lower retail prices (and larger subsidies). It has also created a system of patronage, allowing only a handful of people who can import fuel to develop vast fortunes.

Goodluck Jonathan backed down from a plan to slash subsidies in 2012 after major protests erupted in the streets, and it was then looked on as too risky. But in a low oil price environment, this could be a better opportunity for him to remove subsidies. Meanwhile, Buhari remains an ardent supporter of subsidies, as mentioned in recent interviews and meetings.

By the week beginning March 30, Nigeria will have a new government, and maybe a new president too. So Nigerian oil markets could see some dramatic changes, albeit gradually, or we could see more of the same — the status quo of Nigerian crude politics maintained. Either way, this may play out against a lethal backdrop of divisive Nigerian politics, price volatility and the threat of increased militancy.