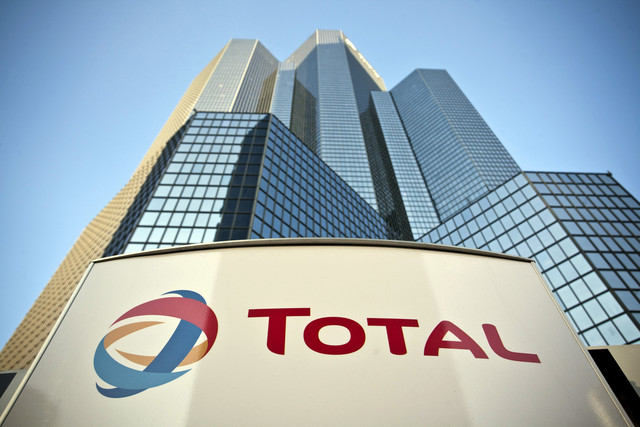 The start-up of three offshore projects in Nigeria, Norway and the British North Sea in the first quarter kicked off what is expected to be a year of strong output growth for the company, cushioning the impact of a 50 percent drop in oil prices.

“The group is benefiting from its organic growth strategy,” Chief Executive Patrick Pouyanne said in a statement. Total is targeting an 8 percent increase in production this year.

Production rose 10 percent in the first quarter to 2.40 million barrels of oil equivalent per day, with 6 percent coming from the inclusion of a new concession in the United Arab Emirates that Total won this year.

New start-ups, including Eldfisk II in Norway, Ofon 2 in Nigeria and West Franklin 2 off the coast of Scotland, brought an extra 4 percent in output this quarter, Total said.

The start-up of Russia’s Termokarstovoye gas field in the second quarter, followed by GLNG in Australia, Laggan-Tormore in Scotland, Surmont 2 in Canada and Vega Pleyade in Argentina in the second half of 2015 are expected to boost output this year.

A sharp increase in European refining margins, mainly due to maintenance at rival refineries in the United States, brought in $1.1 billion in net adjusted operating profit. That was three times more than in the first quarter of last year and accounted for almost 40 percent of the group total.

Total said margins had remained strong since the beginning of the second quarter, but structural overcapacity in Europe would weigh in the medium term.

The company announced earlier this month the closure of its refining activities at its plant in La Mede, near Marseille.

The group also took a $1.1 billion charge in the quarter, mainly on Libya and Yemen assets, due to deteriorating security conditions there. It also kept its proposed dividend unchanged at 0.61 euros per share.

Shares in Total, Europe’s third-largest European oil company, have risen 15.6 percent so far this year, in line with BP but outperforming Shell, Chevron and ExxonMobil.