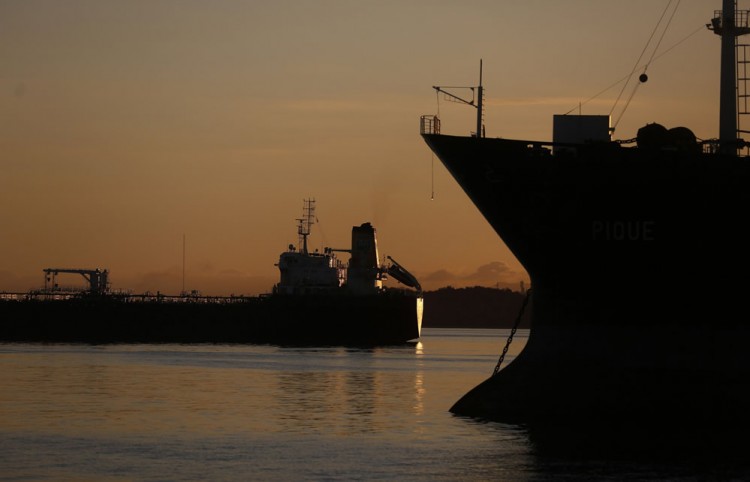 A Libyan crude tanker spilled some of its cargo off Singapore after colliding with another ship, adding to the North African country’s challenges as it contends with escalating violence and a collapsing domestic oil industry.

The Alyarmouk, owned and registered in Libya, collided with the Sinar Kapuas, a dry-bulk ship, in waters northeast of Pedra Branca island, the Maritime and Port Authority of Singapore said on its website today. One of the Alyarmouk’s tanks was damaged in the incident, resulting in the leak, it said.

Alyarmouk is owned by Libya’s General National Maritime Transport Co., the state-owned company’s website shows. A person who answered the phone at the company’s offices in Tripoli today said nobody was available to comment. He declined to give his name. One e-mail and a text message weren’t immediately returned.

Today is a non-working day in Libya.

About 4,500 metric tons of crude were spilled, according to the port authority. Two oil-response companies are using four craft equipped with dispersants, oil booms and skimmers at the site of the spill that may affect northern parts the Indonesian island of Bintan, it said.

No injuries have been reported and maritime traffic hasn’t been affected, the port authority said. Both vessels are anchored and in a stable condition.

Alyarmouk was en route from Tanjung Pelapas, Malaysia to China, while Sinar Kapuas was destined for Singapore from Hong Kong, according to the port authority.

The tanker was at the Sudanese port of Bashayer on Dec. 1 before sailing to Singapore, according to ship-tracking data from IHS Maritime, a Coulsdon, England-based research company. It can haul more than 100,000 metric tons of crude.