Libya in Risk of Collapse Due to Battles for Oil 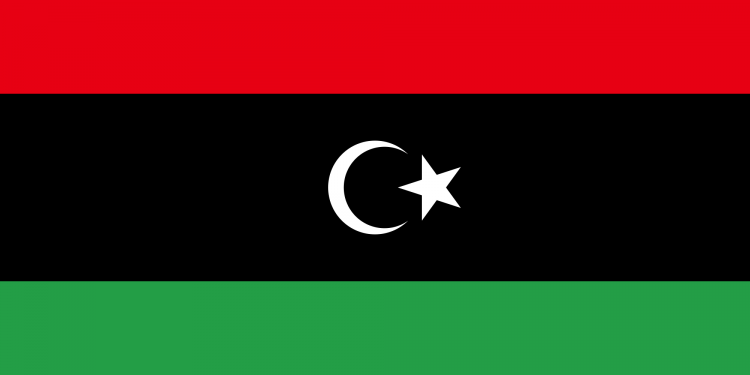 In the first of a series of exclusive reports from Ruth Sherlock in Libya, the resource-rich country’s oil minister warns that it will run out of money in 18 months as post-Gaddafi anarchy threatens to turn it into “another Somalia.”

Libya will “run out of money” in 18 months despite once being one of Africa’s richest countries, officials have told The Telegraph as internecine fighting grinds its oil and gas industry to a halt.
Mashala Zwai, the oil minister for one of Libya’s two rival governments, warned that the country was becoming “a second Somalia”.

“This is a critical time in a critical situation,” said Mr Zwai, speaking from the Tripoli offices of the National Oil Corporation, which manages Libya’s energy sector. “By next year the state will not be able to pay Libyans’ salaries.”

They are also the focus of attacks by Islamist extremists, including a local branch of Islamic State of Iraq and the Levant (Isil), who are thriving in the country’s state of lawlessness.

On Friday, gunmen attacked al-Ghani oilfield south of the coastal city of Sirte, killing 11 workers and kidnapping 10 foreign employees, including one Czech and one Austrian national. In recent days Isil claimed it had seized the Mabrouk, Bahi and Dahra oilfields.

Unlike in Syria, where the extremists have used oilfields to generate revenue, the objective of these attacks appears to have been destruction.
“They burned the oilfield. Then they gathered the employees, gave them a lecture on Islam,” a witness to one attack said. Some claimed the attacks were a message to the West because every destroyed plant was part-owned by foreign companies.

Tribal war
Others pointed to recent history. Isil in Libya has brought into its ranks loyalists of the former dictator Muammar Gaddafi, who see the extremist group as a means of exacting revenge.

In most of the attacks, the extremists have reportedly sought out workers from Misrata, the city now providing most of the fighters to Libyan Dawn, and which also played a key role in the 2011 war.
With the country entirely dependent on its income from oil and gas, it was in everyone’s interests to protect it.

But in August of last year the state fragmented further, with militias in Tripoli allied to Misrata and Libyan Dawn forcing the elected House of Representatives to flee to the eastern city of Tobruk.
Now, tribes and cities are scrambling to lay their claim to the country’s wealth.

“With no clear authority, everyone now wants a piece of the cake,” said Claudia Gazzini, Libya expert for the International Crisis Group think tank.

Some of the most serious fighting has engulfed two of the three largest oil terminals, at Sidra and Ras Lanuf, which has come under attack from a brigade of the Libyan Dawn, the Third Force.
“Our aim is to free the oil ports and not let them be controlled by any one group,” said Awad Darwish, its field commander. His men were stationed behind sandbanks along a desert front line, with the oil terminal just visible on the horizon.

Behind them, cavernous impacts in the sand showed where the site had been bombed from the air by forces loyal to the House of Representatives, commanded by its military strongman, General Khalifa Hiftar.
Libya’s ‘Robin Hood’

Sidra is controlled by Ibrahim Jadran, former head of Libya’s 22,000-strong oilfield security force, whom Libyan Dawn views as a “thief”. Much of eastern Libya regards him as “Robin Hood”, however.
Mr Jadran gained popular support by demanding that, rather than importing skilled labour from Tripoli or Misrata, locals from this poorer region should be employed in the oil terminals.
Misratans said Mr Jadran simply gave jobs to men from his own Magharba tribe.

The fighting has reduced the combined production of Sidra and Ras Lanuf from approximately 550,000 barrels a day to zero.
Sharara, the country’s second largest oilfield, is also out of use, after militias from the mountain town of Zintan closed the taps of its pipeline in an attempt to lever power.

The economic impact of the violence in a country with a swollen public sector, whose population relies on fuel and wheat subsidies, is catastrophic. Libya’s oil revenues have dropped from $60 billion in 2012 to $15 billion, said Mr Zwai.

The conflict is complicated by international players taking sides, with Egypt, the UAE and Russia backing the Tobruk government. Qatar and Turkey have supported Libyan Dawn, encouraging its alliance with Islamists, including the Muslim Brotherhood.

Mr Zwai said he supported talks for a unity government taking place in Morocco this week, and urged international actors to do the same.
“Please, they have to be neutral and to support all Libyans. Libya is the back door of Europe. Now we have the opportunity to rescue this country, but if it continues like this it will be too late,” he added.