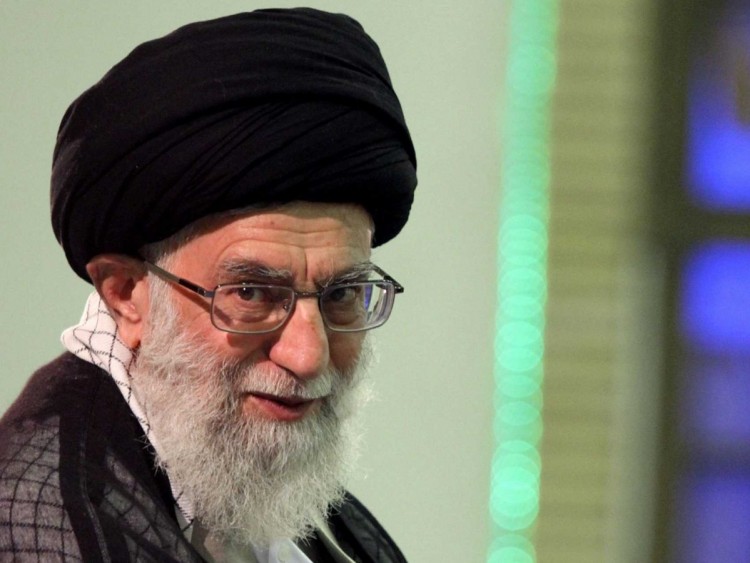 Iran’s Ayatollah Ali Khamenei warned that the OPEC member will stop exporting oil and natural gas if international sanctions against it stay in place, the official IRNA news agency reported, citing a speech he made in Tehran.

“If there are meant to be sanctions in the future, the people of Iran will sanction them,” the nation’s supreme leader said Wednesday, without providing details. “Most of the world’s total oil and gas is Iran’s, gas that the world and Europe needs. Iran can sanction these if necessary,” he said.

The Persian Gulf state has the world’s largest gas deposits and 157 billion barrels in oil reserves, the fourth-biggest after Venezuela, Saudi Arabia and, Canada, data compiled by Bloomberg show.

Iran’s economy has languished under sanctions imposed over concerns that its nuclear program could lead to the development of atomic weapons. Iran says its nuclear work is intended solely for peaceful, civilian purposes. The European Union has embargoed imports of Iranian oil since 2012, and the U.S. threatens to punish most buyers of the country’s crude.

The Islamic republic pumped 2.78 million b/d of oil in January, down from an average of 3.6 million in 2011, according to data compiled by Bloomberg. Iran’s output ranks fourth among the 12 states of the Organization of Petroleum Exporting Countries.

“The enemy is making maximum use of the weapon of sanctions,” said Khamenei, Iran’s highest authority.

“Their object is to obstruct the people. My opinion is that if the nuclear issue continues according to what they dictate, the sanctions won’t be lifted, because they are fundamentally opposed to the revolution.”

Iran is negotiating with six countries including the U.S. to resolve the dispute over its nuclear program, and the two sides face a June 30 deadline for reaching a final accord.

Khamenei said February 8 that he concurred with the U.S. that a bad agreement, one that didn’t safeguard his country’s interests, would be worse than no agreement. U.S. President Barack Obama said a day later that Iran is running out of time to make a deal that remove sanctions.