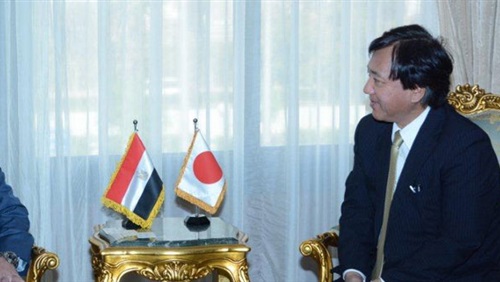 Japanese Ambassador to Cairo Takahiro Kagawa said that his country is ready to provide all the help that it can in relation to energy-saving, especially in light of the energy crisis Egypt is facing.

He made these remarks during the “Japanese-Egyptian Relations Conference and the Future of Sustainable Development: An Energy-Saving Model” held by the Japanese Embassy in collaboration with the Al-Ahram Center for Strategic Studies. He added that Japan is one of the top developed countries in energy conservation, noting that Japan had realized the importance of energy security and conservation since the seventies. Hence, the subsequent enactment of laws and regulations necessary for the task. The Ambassador said that visits had been exchanged between both sides.

He added that the energy consumption 2020 conference will be held in Paris at the end of the year to confront the danger threatening the world, stressing on the importance for developing countries to set their own goals in this regard, adding that Japan will cooperate in order to implement those goals. Pointing out the need for the community to take action and contribute to supporting the efforts of power conservation in Egypt.

Also in attendance at the Egyptian-Japanese conference was Atwa Hussein, from the Environment Ministry,  who said that Egypt is seeking to create a global center in the field of energy conservation in collaboration with the Japanese side, take advantage of their vast experience in providing technical and institutional support to this initiative.

He added that Japanese delegates had been invited to meet with officials from the ministries of electricity and the environment in April to learn about the Japanese experience in energy conservation. They discussed the establishment of mechanisms to rationalize the energy, such as the center that will be established under the supervision of the Japanese side.

This conference comes in conjunction with the preparations now under way for President Sisi’s visit to Japan before the end of this year, accompanied by several ministers concerned in the field of efficiency and energy conservation in Egypt. There will also be representatives of Egyptian and Japanese business organizations, experts and specialists in this field.