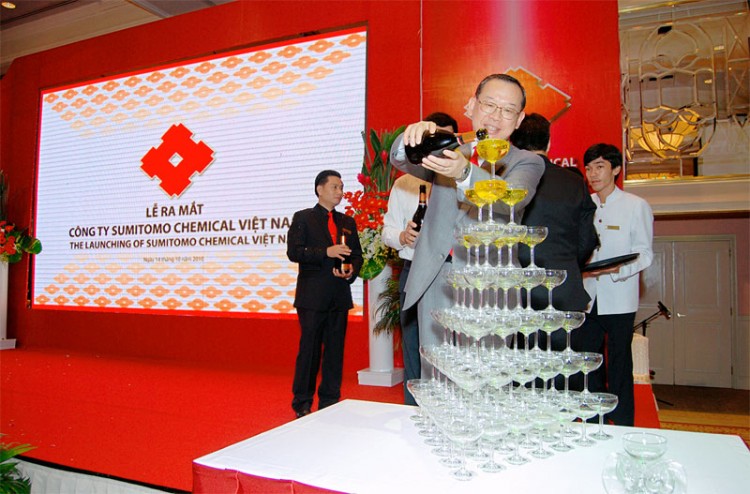 Saudi Arabia’s PetroRabigh, a joint venture between Saudi Aramco and Sumitomo Chemical, has signed loans worth 19.4 billion riyals ($5.2 billion) for the expansion of its petrochemicals complex, it said on Tuesday.

The move reflects the kingdom’s determination to diversify its economy even after lower oil prices caused some regional petrochemical and energy projects to stall.

News of the financing initially sent PetroRabigh shares soaring 5.9 percent to 24 riyals, before they fell back to trade 3.9% up at 1030 GMT.

The scheme’s cost is now estimated at 30 billion riyals, it said, a further revision to the price, which was scaled up to 32 billion riyals last May from the original 26.3 billion. It gave no reason for the latest revision.

The rest is from a consortium of local and international banks, who would respectively put in 3.5 billion riyals. Among the funders were Bank of Tokyo-Mitsubishi, Sumitomo Mitsui Banking Corporation, Saudi British Bank and Al Rajhi Bank.

The statement added a 7.5 billion riyals equity bridge loan had also been agreed, which will mature in 2019 and be guaranteed by Aramco and Sumitomo Chemical. Usually, such a facility is to cover initial construction and start-up costs.

The project, situated on the kingdom’s Red Sea coast, has been uncertain since it was first mooted in 2009, despite Aramco and Sumitomo giving a final go-ahead in 2012.

The completion of the financing is also notable as falling oil prices have seen some Gulf projects shelved, including the $6.4 billion Al Karaana petrochemical project in Qatar and Aramco’s $2 billion clean fuels plant at its largest oil refinery in Ras Tanura.

The expanded facility was expected to start production in the first half of 2016, it said. It will increase output and introduce higher-margin products.