ISIS Oil Revenues Under Attack From the Air 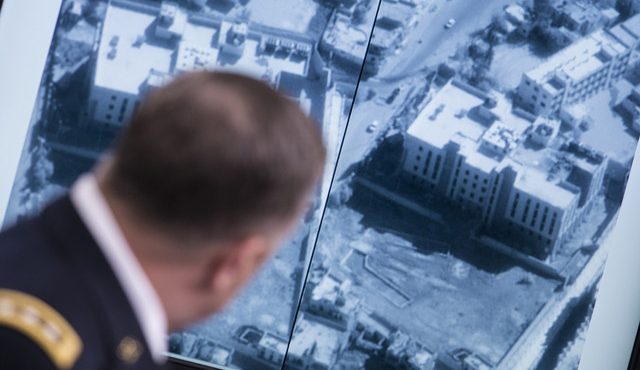 A raid by US Special Forces in eastern Syria has recovered data that can be used to break up Daesh’s financial network, a Dubai-based geopolitical analyst said.

A key leader involved in oil smuggling activity Abu Sayyaf was killed in the raid, the US National Security Agency said on Saturday.

Daesh which controls a large swathe of territory in Syria and Iraq was generating revenue by selling oil in the black markets in Syria, Turkey and Iraq till last year.

According to experts, the militant outfit was raising revenue of more than $2 million per day by smuggling oil and selling it at half the price of the international benchmark, Brent in the black markets.

However, the oil revenue declined significantly in the last few months after US and its allied carried out air strikes and the United Nations clamped down on the sources of the income of the terrorist organisation.

Theodore Karasik, a geopolitical analyst in Dubai, said the key reason of the raid was to collect data to expose Daesh’s economic connections.

“The data recovered from the raid will expose some of the Daesh economic linkages and connections in order to break up their financial network,” Karasik told Gulf News.

“It may very well identify companies and individuals who are part of their network. This is important because it illustrates the requirement of economic forensics of insurgencies and terrorist groups.”

He said there might be a reduction in the smuggling of oil, but added that Daesh was clever enough to create an alternative network.

“The air strikes carried by the United States and its allies on oil refineries considerably reduced their source of income,” he said.

“We have to understand that Daesh is wrapped up in a different number of enterprises including oil smuggling, human trafficking and the smuggling of artefacts.This is the tip of the iceberg. The information seized contains names and numbers that will provide greater insights into Daesh’s finances.

“It is having income only on the Syrian side but in Iraq it is very minimal, if any. Smuggling routes had been cut off due to intensive air strikes and better coordination between Iraqi forces and Peshmerga troops in northwest Iraq. The oil produced in Syria is mainly consumed locally.”