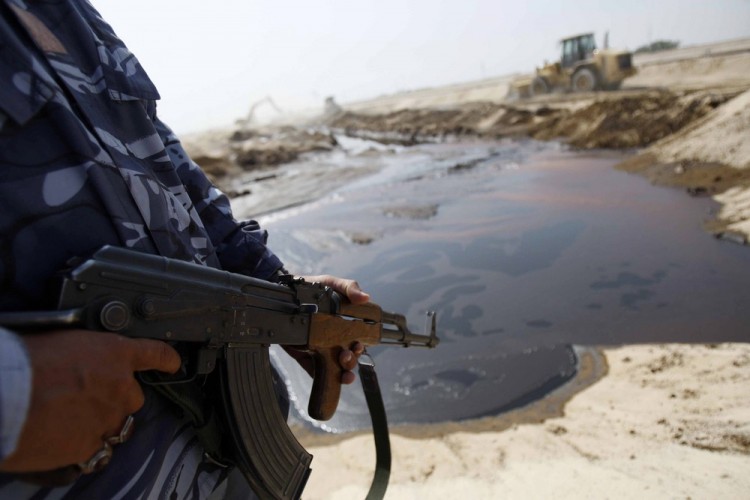 Iraq and Iran cut their prices for March crude oil deliveries to Asia to the lowest in more than a decade, signalling the battle for a share of Opec’s largest market is intensifying.

Iraq’s Basrah Light crude will sell at $4.10 (Dh14.68) a barrel below Middle East benchmarks, the lowest since at least August 2003, the Oil Marketing Co. said Tuesday. National Iranian Oil Co. lowered its official selling price for March Light crude sales to a discount of $2.10 a barrel, the lowest since at least March 2000, according to a company official who asked not to be identified because of corporate policy.

The cuts come after Saudi Arabia, the largest crude exporter, reduced pricing to Asia last week to the lowest in at least 14 years. The Organisation of Petroleum Exporting Countries left its members’ output targets unchanged at a November meeting, choosing to compete for market share against US shale producers rather than support prices. Iraq is the second-biggest producer in Opec and Iran is fourth.

“This is an effort by some producers to protect market share,” Sarah Emerson, managing principal of ESAI Energy, a consulting company in Wakefield, Massachusetts, said by phone. “It’s really straightforward; cutting prices is how you keep your foot in the door.”

Middle Eastern producers are increasingly competing with cargoes from Latin America, Africa and Russia for buyers in Asia. Oil prices have dropped about 45% in the past six months as production from the US and Opec surged.

The International Energy Agency said Tuesday that the US will contribute most to global growth in oil supplies through 2020 as Opec’s attempts to defend its market share will hurt other suppliers including Russia more.

“If they go out and sell at a higher price, they won’t sell much,” John Sfakianakis, Middle East director at Ashmore Group, a London-based investment manager, said in an interview in Dubai. “For the Saudis, it’s market share at any cost. Saudi is the leader in this and the others have to follow the leader.”

Iran’s output rose to 2.78 million b/d in January from 2.77 million barrels a month earlier as Iraq boosted supply to 3.9 million barrels from 3.7 million barrels, according to a Bloomberg survey of oil companies, producers and analysts. Production in Saudi Arabia climbed 220,000 b/d to 9.72 million last month.

“This is a global market that’s oversupplied,” Emerson said. “Late March and early April are in normal times a period of weak demand, so you have to be rather aggressive now if you want to sell your oil.”