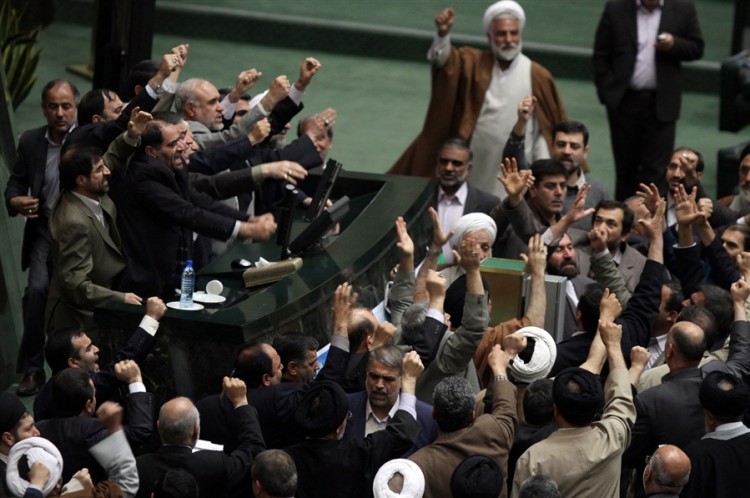 A large number of Iranian MPs are planning to prepare a bill to impose energy sanctions on the European countries, a lawmaker announced on Sunday.

“The lawmakers have put this issue (preparing bill) on their agenda in line with Iranian Supreme Leader Ayatollah Seyed Ali Khamenei’s stances (and guidelines) that called for the Islamic Republic of Iran’s action against the sanctions and deterrent measures,” Nour and Mahmoudabad MP Abdolvahid Fayyazi said on Sunday.

Fayyazi reminded that the Supreme Leader has called on government officials to reciprocate the western sanctions against Iran.

He noted that Iran has a major share of the global gas market, and said, “Russia has cut its gas exports to Europe since June 2014 and Iran is the only route for exporting gas to Europe.”

On Saturday, Rapporteur of the parliament’s National Security and Foreign Policy Commission Seyed Hossein Naqavi Hosseini called on Tehran officials to take reciprocal measures against the western sanctions, and underlined that Europe will suffer a lot if Iran imposes energy sanctions on the European countries.

“If Iran takes reciprocal measures to impose sanctions on the European countries, it will surely be Europe that will suffer the most from the sanctions,” Naqavi Hossseini told FNA.

He said the reason that the Europeans continue to impose sanctions on Iran is that Iran has not yet used the oil and gas as a weapon against them.

Earlier this week, the Supreme Leader warned of the arrogant powers’ plots to impede Iran’s progress in different scientific and technological fields, and said even if Tehran accepts all the demands of the world powers in the nuclear standoff, they will never remove their embargos against the country.

“Their main goal of such measures (sanctions) is humiliation of the Iranian nation and stopping the nation and Islamic Republic’s great move towards a new Islamic civilization and I believe that even if we accept the demands that they (want to) dictate on us in the nuclear issue, the sanctions will not be removed since they are opposed to the (Islamic) Revolution in essence,” Ayatollah said in Tehran on Wednesday, addressing a large number of visiting Iranians from East Azerbaijan province.

He elaborated on the underlying cause of economic problems in Iran, and said, “One of the most important problems is the arrogant powers’ plots after the end of the (Iraqi-) imposed war (1980-1988) to prevent Iran from becoming an influential economic hub in the region and the world.

Ayatollah Khamenei pointed to the western states’ attempts to keep Iran away from partnership in major regional and international economic projects, including oil and gas pipelines, and keep Tehran under sanctions, and said in addition to the arrogant powers’ plots, the country’s economy is suffering from dependence on oil and government’s major role in different projects.

He underlined the necessity for implementation of Resistance Economy plans in Iran, and said, “The resistance economy which is necessary for the country under any conditions, under or free from sanctions, means that the country’s economic foundation should be organized in a way that it is not affected by global trembles.”

“If the country’s economic basis is planned and strengthened based on using people’s capacities and domestic production, we will never mourn or grow concerned over sanctions and reduction in oil prices,” Ayatollah Khamenei said.

He underscored that one of the important and main solutions to get rid of oil-oriented economy is cutting the budget’s dependence on oil revenues, and emphasized the necessity for using the abundant capacities of the Iranian youth to make progress and materialize the goals of the Revolution.

He blasted the US threats and the European states’ obedience to the US policies, and said, “If they is to be any sanction imposed, the Iranian nation too can impose sanction (on them) and it will do so.”