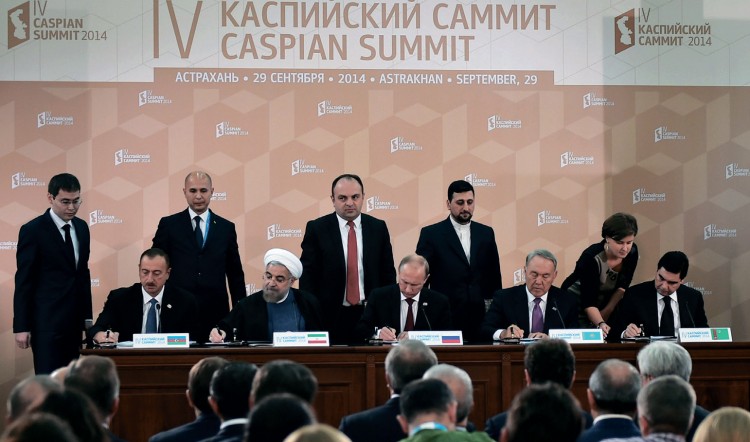 Iran says it will expand exploration activities in the Caspian Sea as part of plans to discover new oil and gas fields.

Managing Director of Khazar Exploration and Production Company (KEPCO) Ali Osooli said expansion of exploration activities as well as attracting new investments are among the most important priorities of the company in the new Iranian year(starting March 21).

“Attracting new investments especially by companies specializing in deep water exploitation can lead to boost in exploration activities in the Caspian Sea and the littoral provinces,” KEPCO director reiterated.

Earlier this month, Iranian Deputy Petroleum Minister Rokneddin Javadi said Iran plans to conduct deepwater drilling in the Caspian Sea and the Sea of Oman in the coming years in order to raise its oil and gas production.

The Caspian Sea is rich in hydrocarbon resources and the littoral states of the sea have made great investment in developing oil fields in the region over the past years.

Iran’s Petroleum Ministry has in recent years attached special significance to the development of oil fields in the Caspian Sea.

Back in 2012, Iran discovered a new oil layer with in-place reserves of two billion barrels in Sardar-e Jangal oil and gas field off the shore of the northern Iranian province of Gilan in the Caspian Sea which contains quality crude that is toxic hydrogen sulfide-free.

The preliminary evaluations showed that Sardar-e Jangal field would produce some 8,000 b/d of oil  and its gas reserves were estimated at 50 bct – a quantity equivalent to Iran’s total gas consumption over a 10-year period.