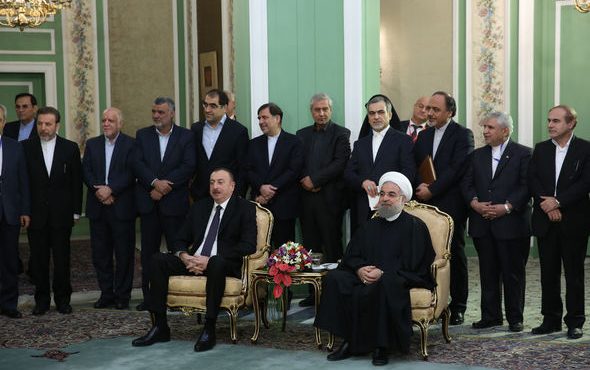 Iranian President, Hassan Rouhani, will officially propose a new plan for oil and gas cooperation in the Caspian Sea to his Azeri counterpart Ilham Aliyev, who is on an official visit to Tehran, Iranian Oil Minister, Bijan Zanganeh, said, Mehr News Agency reported. It will be an offer to participate in the exploitation and swap of oil and gas outputs.

Iranian Oil Minister, Bijan Zanganeh, expressed readiness for swap of crude and natural gas with Azerbaijan. The Iranian Oil Minister further stressed that the costs of oil production in the Caspian Sea are extremely high for Iran and some neighbouring countries; cooperation among Caspian littoral states would thus reduce production and transfer expenses.

Further, the National Iranian Oil Company (NIOC) has held several talks with a number of Kazakh and Russian companies for oil swaps in the Caspian Sea.

Oil Minister Zanganeh said that the proposals will be raised during the upcoming meeting between the two countries’ heads of states, News.Az reported.

In addition, Deputy Oil Minister and Managing Director of National Iranian Gas Company (NIGC), Hamid Reza Araghi, had recently announced the launch of negotiations with Russia and Azerbaijan for a daily swap of 50 to 60mcm of natural gas.