Iran and Azerbaijan to Take Advantage of Sanctions Removal 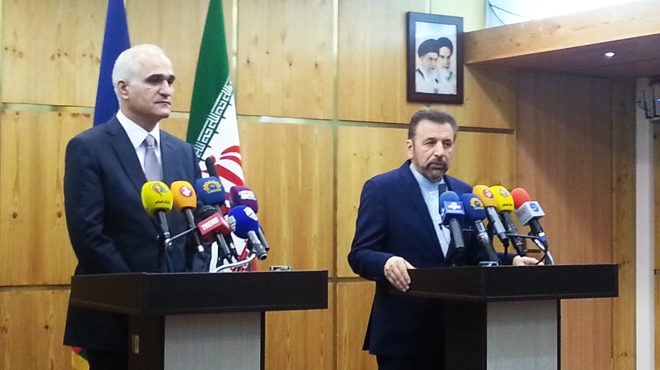 Amir Hossein Zamaninia, Iran’s deputy oil minister for international affairs and trade, announced that his country and the Republic of Azerbaijan plan to expand their cooperation in oil and gas sectors following the recent nuclear agreement meant to remove sanctions from Iran. This came after a meeting between Iran’s Oil Minister Bijan Zanganeh and Azerbaijan’s Minister of Economic Development Shahin Mustafayev in Tehran on Tuesday, reported Press TV.

For his part Mustafayev said that “Iran can use Azerbaijan’s infrastructure, especially the Baku-Tbilisi-Ceyhan (BTC) pipeline to export its oil,” adding that Iran may even be able to join the Trans Anatolian Natural Gas Pipeline (TANAP) project in the future.

In a related development Iranian President Hassan Rouhani said Companies from all over the world are presently seeking investments in Iran after the nuclear deal, but Tehran is specifically focusing on its neighbors, including Azerbaijan, in the first place. These remarks were made during a meeting with the Azeri Minister of Economy and Industry, Shahin Aliyev, according to Xinhua.

Iran considers Azerbaijan as a gateway to Caucasus region, and can serve as a route to connect Baku to the Persian Gulf and the Oman Sea, Rouhani explained. Aliyev added that cooperation with Iran will extend to trade, transportation, industry, agriculture and banking.