India to Move to Gas-Based Economy 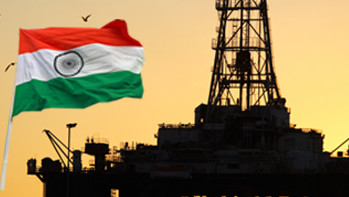 New Delhi has promised to shave a third off its emissions rate by 2030, partly by boosting the use of cleaner burning fuels. “Gradually we are shifting toward a sustainable gas economy,” Pradhan explained.

India recently negotiated better terms for a long-term LNG deal with Qatar, and importer Petronet LNG is in talks with Exxon to renegotiate pricing for gas from Australia’s Gorgon project. “The price should be affordable to us. We respect long-term contracts but everybody has to appreciate the changing scenario,” said Pradhan according to ArabNews.

Pradhan visited Saudi Arabia last April, the UAE, and Iran to deepen ties with its main oil suppliers. “We want to move beyond a buyer-seller relationship,” he said, adding that India was offering them stakes in its pipelines, petrochemical complexes and refineries. India is also in talks with Abu Dhabi National Oil Co. and Saudi Aramco to lease strategic oil storage.