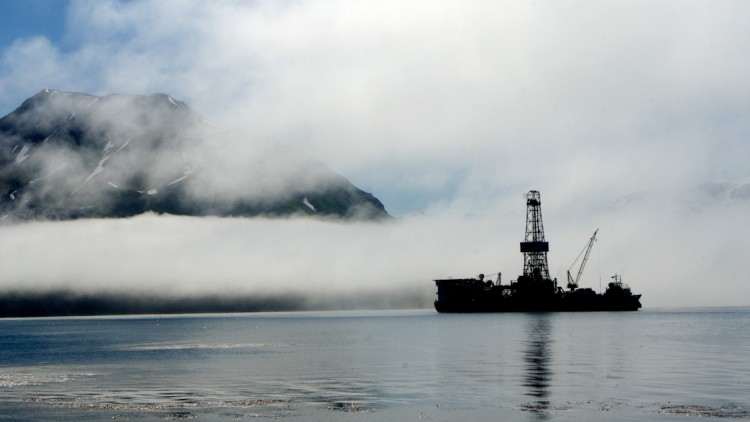 Arctic-drilling protesters from Greenpeace climbed aboard a Royal Dutch Shell Plc oil rig Monday as it was transported across the Pacific Ocean northwest of Hawaii.

Six Greenpeace members approached the rig, the Polar Pioneer, in inflatable boats and scaled the platform, according to a statement from the group. The Transocean Ltd.-owned rig is traveling on the Blue Marlin vessel to Seattle before heading to the Chukchi Sea in the Alaskan Arctic, according to Greenpeace.

Shell, Europe’s largest oil company, has said it wants to resume drilling off Alaska this year even as a plunge in crude prices has led oil explorers to review their ambitions in Arctic regions, where operations are already challenged by high costs, environmental concerns and technological obstacles.

Shell, which has spent $6 billion searching for oil off Alaska in the past eight years, suspended drilling in 2012 after a rig ran aground and it faced legal challenges. The company could now resume operations after the U.S. government last week decided a lease sale in Alaska can go forward.

Shell said the Greenpeace protesters illegally boarded the rig, jeopardizing their safety as well as the crew’s. The company, based in The Hague, said it has met with critics of oil exploration off Alaska.

“We respect their views and value the dialogue,” Shell wrote in an e-mailed statement. “We will not, however, condone the illegal tactics employed by Greenpeace. Nor will we allow these stunts to distract from preparations under way to execute a safe and responsible exploration program.”

Shell rose 2.5 percent to 2,075 pence at 9:54 a.m. in London, mirroring the gain in the STOXX 600 Oil & Gas Index after prices for benchmark Brent crude climbed the past two days.

Shell faces opposition from environmental groups concerned that harsh conditions off Alaska make drilling unsafe. Greenpeace has in past years boarded rigs used by Statoil ASA in Norway’s Arctic and OAO Gazprom in Russia, arguing that a spill could cause irreparable damage.

Lower oil prices have already led oil companies to review Arctic plans as they tighten spending. Statoil in December relinquished three licenses off Greenland, and last month delayed the Johan Castberg development in Norway for a third time. It also said it won’t drill in the Barents Sea this year.

The Arctic accounts for more than 20 percent of the world’s undiscovered oil and gas resources, including an estimated 134 billion barrels of crude and other liquids and 1,669 trillion cubic feet of natural gas, according to the U.S. Geological Survey.