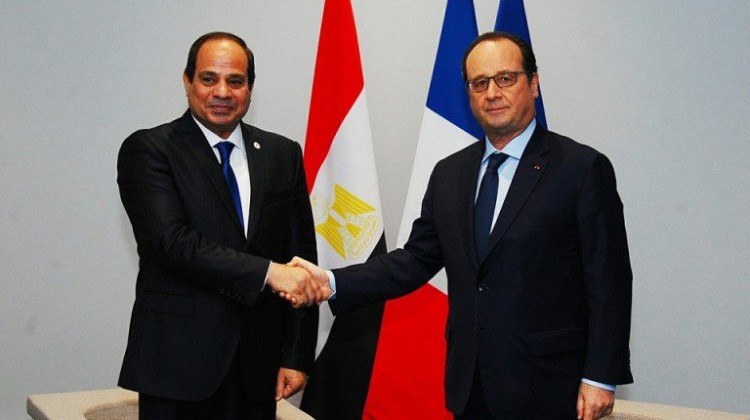 The French President is accompanied by a host of diplomats and businessmen tasked with securing a large arms deal with Egypt, as well as dozens of agreements on memorandums of understanding on electricity, renewable energy, and sewage system projects, wrote Egypt Independent.

Presidential Spokesman Alaa Youssef said the visit reflects a mutual desire to further boost relations. The visit will provide an opportunity to promote cooperation with France in all fields, particularly the economic one, he added, the State Information Service informed on its website.