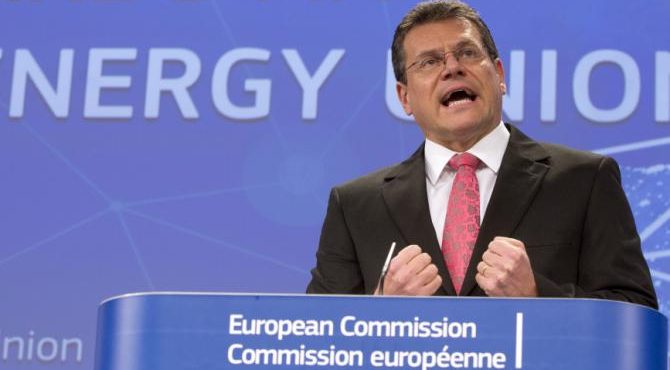 The European Union could import gas from newly discovered deposits in the Eastern Mediterranean in an attempt to diversify its supplies and bolster Europe’s energy security, EU Energy Commissioner, Maros Sefcovic, said during his Energy Union Tour’s visit to Cyprus, ABCNews reported.

Sefcovic added that the Eastern Mediterranean may become a key player in the energy supplies to Europe. The commissioner stated that the Zohr gas field discovered offshore Egypt is estimated to hold gas deposits that would meet Europe’s annual energy needs of 400-500bcm for up to eight years. He stressed that gas shipments from the field to Europe might be launched first after energy needs of countries in the region are satisfied.

Following talks with Cypriot President, Nicos Anastasiades, and Energy Minister, Giorgos Lakkotrypis, Sefcovic said: “I think we need to work very closely with Cyprus to do everything possible to develop it in the most intelligent and smart way to the benefit of the region but also for the improvement of the energy security of Europe.”

The EU Commission will present a new LNG strategy for Europe in February, considering the Mediterranean as an important gateway for the new supplies for Europe, In-Cyprus wrote. In line with the EU’s foreign policy in the energy domain, Brussels is to provide funding for three Cypriot projects including the Euro Asia Interconnector, a cable linking up the electricity grids of Cyprus, Israel, and Greece, the EastMed pipeline, a project for the linking of the Eastern Mediterranean natural gas fields between Cyprus and Greece, and the removing of the internal barriers with a view to end Cyprus’ energy isolation.