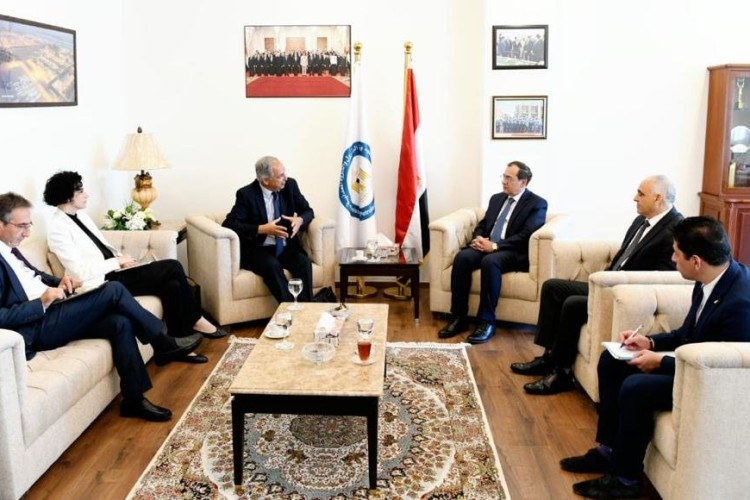 During the meeting, El Molla highlighted that the strength of the Egyptian-Cypriot relations contributes to supporting economic cooperation and helps maximize the use of natural resources to achieve the common benefit of the two countries. He added that cooperation in the field of oil and gas represents one of the important axes in supporting economic relations between the two countries.

The Minister also pointed out the importance of COP27, which Egypt will host next November in Sharm El-Sheikh, and the concerted efforts of all ministries to complete the necessary arrangements to organize the conference in a manner befitting its importance and Egypt’s reputation.

El Molla stated that the conference’s activities will include a day concerned with reducing carbon emissions, in which international companies working in the oil and gas industry in Egypt will participate to support global efforts in the face of climate change.

Meanwhile, the Cypriot minister stressed the importance of convening the climate summit, asserting that Cyprus is keen to support Egypt’s efforts to make the conference a success as well as its contributions to environmental preservation, emissions reduction and energy transition.