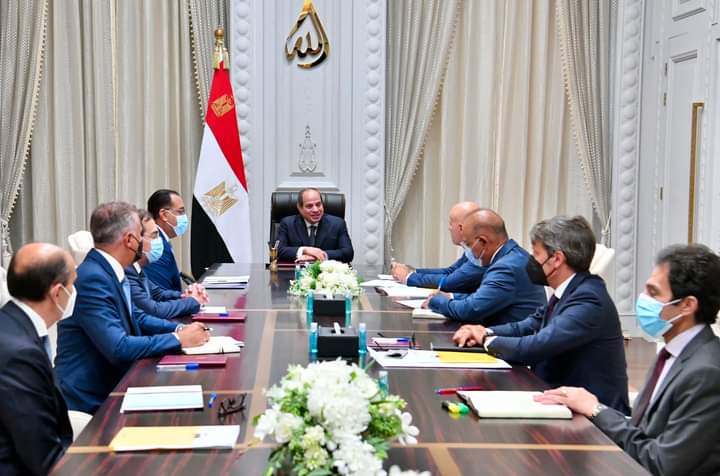 Eni’s CEO Claudio Descalzi stated that his company aims to build renewable energy projects, including solar and wind energy, to produce 10 gigawatts of electricity during the upcoming period in Egypt.

Descalzi said that during his meeting with President Abdel Fattah El-Sisi in attendance of Prime Minister Mostafa Madbouly and Minister of Petroleum and Mineral Resources Tarek El Molla. The meeting aimed to follow up on the current and future operations of Eni in oil and gas exploration and production (E&P) as well as renewable energy projects in order to help Egypt become a regional energy hub.

These projects came as part of the company’s integrated plan to invest in the new and renewable energy sector of Egypt and the Egyptian strategy for the green transition.

President El-Sisi directed to continue strengthening the fruitful cooperation with Eni, expressing his appreciation for the partnership with the company and his desire to continue the company’s activity in the field of oil and gas (E&P) in order to achieve the optimal exploitation of Egypt’s resources from the energy sector.

Additionally, El Molla reviewed the latest developments of the projects implemented by Eni in Egypt especially in natural gas production from the Zohr field in order to export liquefied natural gas (LNG) from Idku and Damietta LNG terminals.