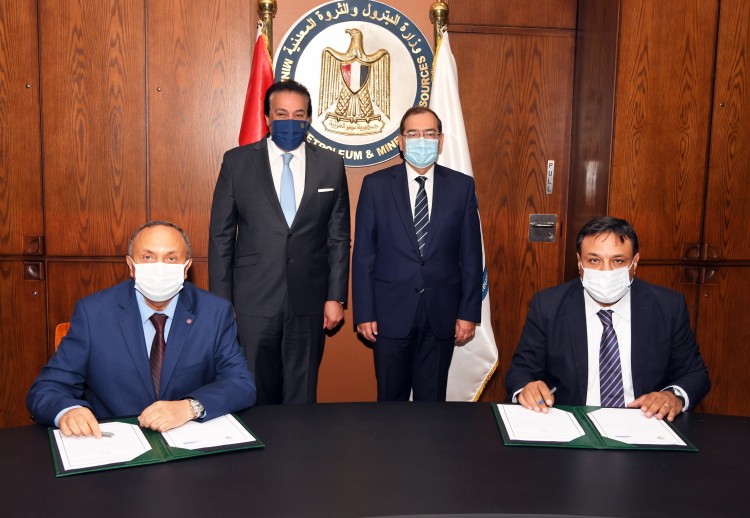 The Egyptian Mineral Resources Authority (EMRA) signed a cooperation protocol with the National Institute for Oceanography & Fisheries (NIOF), the ministry of petroleum announced.

The protocol comes within the framework of the extended and fruitful cooperation between the two ministries to exchange expertise and jointly benefit from scientific, practical and technological expertise, especially in vital sectors such as mining.

The aspects of cooperation will include organizing training courses, conferences, scientific seminars and workshops, exchanging scientific expertise in the field of marine exploration activities such as seismic and magnetic surveys, exchanging participation in conferences, and coordinating between the two sides in exchanging visions and joint cooperation with international bodies and foreign companies through agreements for research and exploration for mineral wealth.