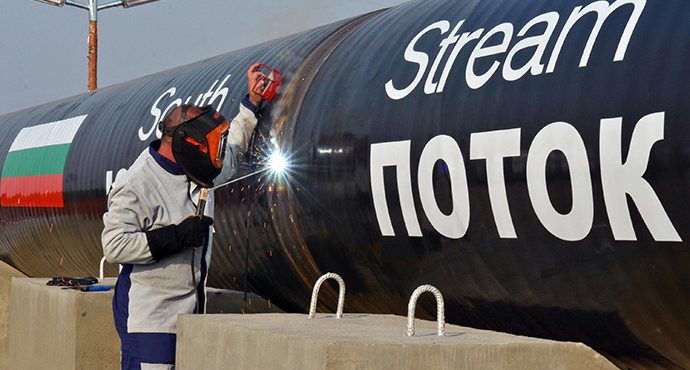 Russia’s Gazprom has announced its interest in Iran’s liquefied national gas (LNG) projects after an official said Tehran planned to revive them which are suspended under sanctions.

“Gazprom does not rule out its participation in these projects under certain conditions,” Gazprom’s deputy CEO Alexander Medvedev said in Moscow.

Iran plans to build a capacity for exporting 40 million metric tons a year of LNG which is super-cooled to minus 162 degrees Celsius for shipment by special tankers.

The country had contracts with Royal Dutch Shell, Spain’s Repsol and France’s Total to build three LNG plants but those companies abandoned the projects in 2010 under US and European pressures.

Gazprom itself, the world’s top gas producer, pulled out of several projects to develop Iran’s giant South Pars gas field and drill in the country’s oilfields.

On Thursday, head of the National Iranian Gas Export Company (NIGEC) Alireza Kameli said there are plans for the “near future” to put the LNG schemes back on track with the aim of exporting to Europe.

Iran is carrying on with the construction of Iran LNG, a $3.3 billion project to produce 10.5 million tons of liquefied gas a year. Kameli said the project is underway with 50% physical progress and Iran was waiting for removal of sanctions in order to import necessary equipment and structures for the project.

Iran and Russia have been expanding trade ties amid US and European sanctions on both countries. They have discussed a multibillion-dollar agreement which includes sales of Iranian oil by Russia and Iran’s purchase of goods from that country.

Under an oil-for-electricity barter – part of a $12 billion agreement — Iran will import 500 megawatt-hours (mWh) of power from Russia.

They have also agreed on an arrangement under which Russia will sell 500,000 barrels of Iranian oil per day. Iran will use the money to buy goods such as steel, wheat and machinery from Russia and other Eurasian nations, namely Kazakhstan and Belarus.

“We want to have long-term economic relations with the Russians. Our plan is to seriously expand economic and technical ties with Russia,” Minister of Petroleum Bijan Zangeneh said earlier this month.

Meanwhile, Russia is buying dairy products, meat and fish from Iran after imposing its own sanctions on food imports from Europe, the US, Australia and Canada in retaliation.