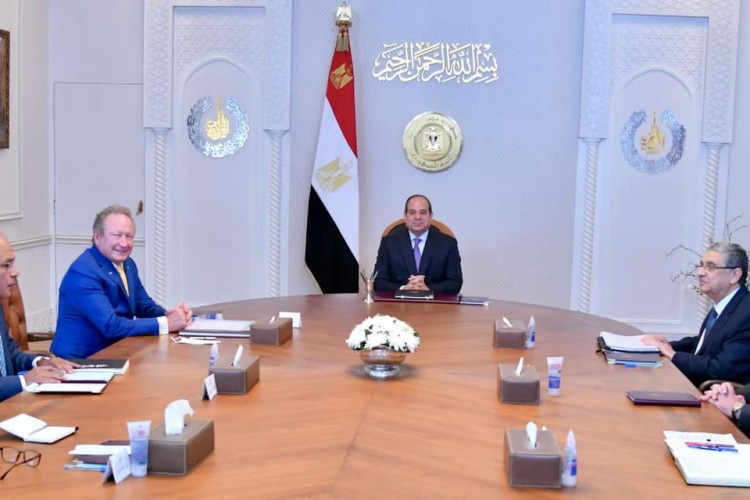 The meeting followed up on the cooperation between the Australian company and the electricity and renewable energy sector in Egypt in the field of producing green hydrogen and green ammonia, including a project to produce 9.2 gigawatts of electric power from new and renewable energy, in addition to the localization of industries related to the generation of electricity from the sun and wind, such as solar panels and wind turbines.

El Sisi emphasized the importance of providing all the necessary facilities to accelerate the implementation of joint green energy projects and to benefit from the advanced expertise of Australian companies in this field. This also fits within the framework of the national strategy that aims to increase the contribution of renewable energy within the electric energy mix.

Meanwhile, Forrest stated that it was an honor to meet the president and praised the Egyptian renewable energy sector’s great capabilities and potential resources. He added that this qualifies it to be one of the global hubs for the production of green energy, highlighting the company’s keenness to cooperate with Egypt in this field, in addition to benefiting from the production of green hydrogen as a source of clean energy.