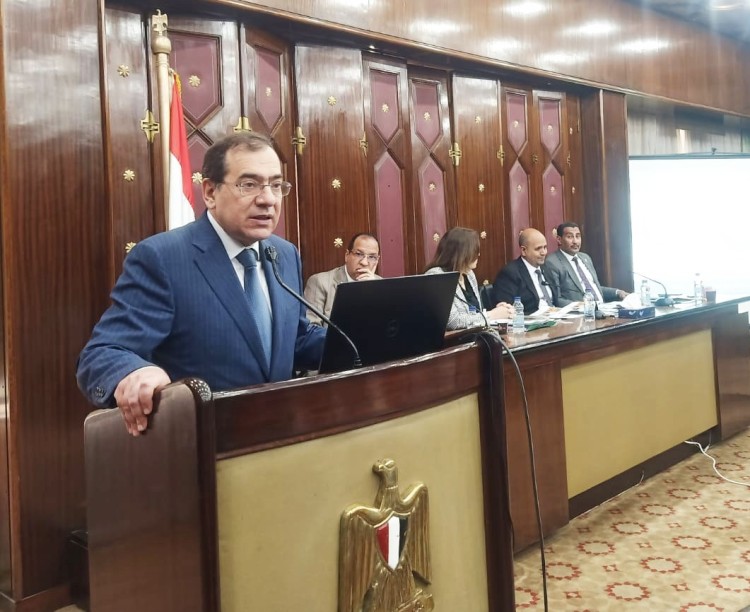 Minister of Petroleum and Mineral Resources, Tarek El Molla, highlighted the importance of the reform measures taken by Egypt, adding that the results of the reforms were evident while dealing with the current global crisis resulting from the Russian-Ukrainian crisis.
This came during the minister’s review of the petroleum sector’s measures to face  the crisis, before the Parliament’s Energy and Environment Committee, headed by Hossam Awad Allah.
El Molla stated that the Ministry of Petroleum and Mineral Resources began preparing crisis-facing scenarios in October 2021 after studying the various elements, which were based on four axes. The axes included the usage of part of the strategic stocks of crude oil to reduce the import bill,  adjusting fuel prices through the automatic pricing committee, maneuvering for providing the necessary fuel for electricity generation and industry, and maximizing the operation of refineries.
El Molla indicated that “global markets are being closely monitored to take advantage of the available opportunities,” and that “work is being done to secure part of the petroleum needs: diesel, gasoline, mazut and bitumen through long-term contracts and tenders have been launched on a monthly basis in order to reduce risks.”
In the investment plan for the next fiscal year 2023, priority was given to the ongoing refining projects according to the minister.

Moreover, the sector is taking precautionary measures that include a close follow-up to the markets to ensure that there are no illegal practices, and it is relying on modern technologies in reviewing the balances of companies and warehouses and holding periodic meetings with refineries and marketing companies.
The minister also reviewed green energy projects and efforts to reduce emissions implemented by the petroleum sector, and the ministry’s vision and preparations to participate in the COP27 summit that Egypt will host next November.
Moreover, El Molla reviewed the most important achievements that have been made during the period from June 2014 to May 31, 2022, where he clarified that 108 petroleum agreements were concluded with international and local oil companies, adding that the sector was able to attract the investments from major international oil companies.