Tarek El Molla, Minister of Petroleum and Mineral Resources, reviewed the production rate of crude oil in the fiscal year (FY) 2019/20 and plans for the production increase during a meeting with the ministry’s officials and crude oil producers, according to a press release.

El Molla affirmed the importance of adhering to the agreed plans to improve production of crude oil through intensifying exploration and production (E&P), and drilling works. El Molla also noted that efficient solutions should be developed by the EGPC in coordination with international oil companies (IOCs) to overcome any challenges. Furthermore, he emphasized necessity of the strict adherence to HSE regulations in all production sites to ensure the safety of personnel and equipment.

The minister encouraged working on creative ideas, and to utilize promising calibers to improve production of crude oil. 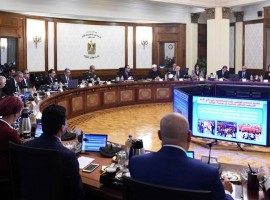