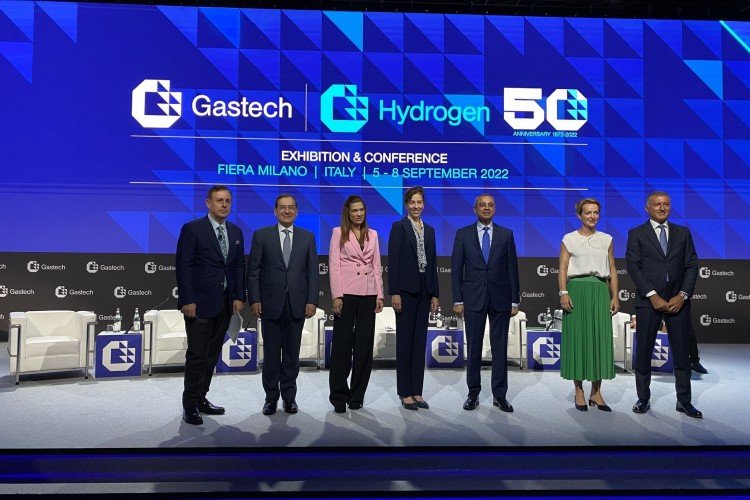 Minister of Petroleum and Mineral Resources Tarek El Molla stated that there are great opportunities for cooperation between the countries of the East Mediterranean Gas Forum (EMGF) to optimally exploit gas reserves in the region, adding that Egypt’s unique infrastructure in the field of natural gas is a key element in the success of this cooperation.

Egypt has agreed with the Forum’s countries to quickly achieve the priorities during the coming period, which is to take advantage of the full capabilities and capacities of the gas liquefaction facilities and export of natural gas in Egypt as well as the current discoveries in the Eastern Mediterranean region to contribute to the economic exploitation of the region’s gas resources and transfer them to Europe to meet part of the demand, El Molla noted.

This came during the minister’s participation in a ministerial discussion session entitled “Unlocking and Accelerating the Full Potential of the Eastern Mediterranean Gas Basin,” which was held by the EMGF as part of the activities of Gastech 2022 currently being held in Milan, Italy.

El Molla said that the tripartite memorandum of understanding (MoU) that was signed to transfer Eastern Mediterranean gas to the European Union (EU) via Egypt is an important step that paves the way for successful projects in this regard, pointing out the role of the EU and the US in providing support to accelerate the implementation of joint projects to exploit the Eastern Mediterranean gas reserves, through providing expertise, technologies and financing.

The Egyptian minister also touched on the importance of the strategic partnership between the Egyptian petroleum sector and the global energy market’s major players in cooperating to exploit the infrastructure and gas reserves in the region. He praised the success of the partnership model with the Italian company Eni and the achievements of the large-scale Zohr field development project in the eastern Mediterranean, which was put on the production map in a record time. This significantly contributed to achieving self-sufficiency in natural gas in Egypt and its transformation from an importer to an exporter of gas, especially to Europe.