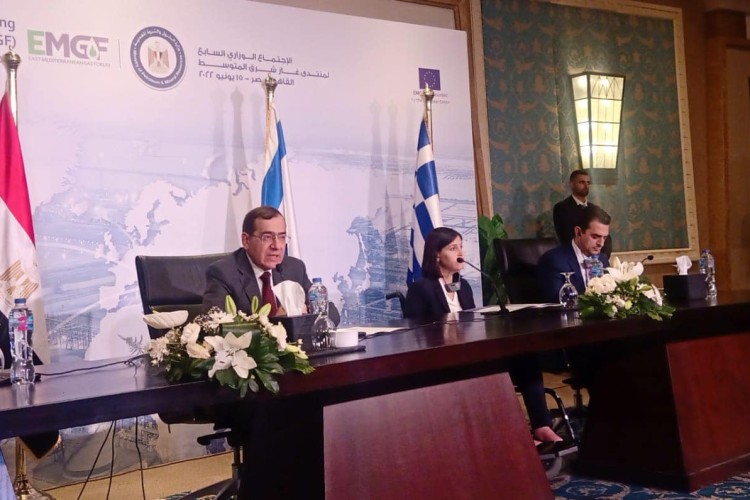 The MoU will allow natural gas to be transported to Europe using Egyptian infrastructure and facilities.

“The tripartite MoU is an important step by governments to pave the way for intensifying work and cooperation between companies in Egypt, Israel, and the EU,” El Molla said, adding that “the MoU can serve as an umbrella and framework for companies to work on later in concluding agreements and contracts between them to implement projects and necessary procedures for infrastructure and gas liquefaction and export.”

El Molla stated that “the MoU reflects the government’s support for the expected investments in this regard and facilitates various investment procedures in the projects of transporting and exporting gas to Europe in the presence of a joint government agreement.”

El Molla’s remarks came during a joint press conference with the Israeli Minister of Energy and the Greek Minister of Environment and Energy.

Ministers, who attended the forum meeting, met with President Abdel Fattah El Sisi who also met with the President of the European Commission, Ursula von der Leyen. It is the second meeting between the president and the ministers after the meeting that took place in July 2019, where the President affirmed his support for the forum’s activity. El Sisi urged the member states to continue to activate cooperation among them to achieve the sustainability of energy resources as a supreme goal of the forum.

El Molla further emphasized the importance of the EMGF ministerial meeting, which was held on June 15th, in Cairo, in the presence of Ursula von der Leyen, who witnessed the signing of the MoU.