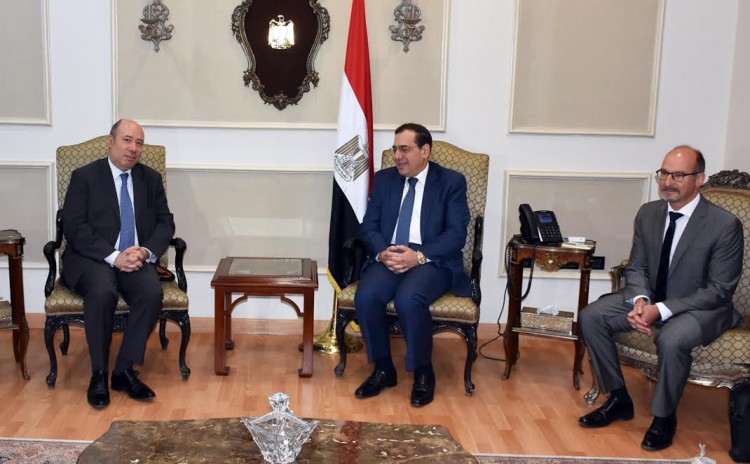 A press release to Egypt Oil& Gas stated that, Egypt’s Minister of Petroleum and Mineral Resources, Tarek El Molla, met with Total Egypt’s Managing Director, Jean-Pascale Clémençon, and the Vice President of Total’s Middle East and North Africa division, Elias Kassis, to discuss the company’s oil and gas exploration projects in the Mediterranean and the Delta area. The meeting was attended by the first Undersecretary of the Ministry for Gas Affairs and the Undersecretary of the Ministry for Agreements and Exploration.

During the meeting, the exploration and drilling programs carried out by Total were reviewed as part of its commitment to the work program in the concessions it won in the international bidding for the petroleum sector. The discussions included the company’s work in drilling Taref well in North Mahala, Delta, in which Total is working with BP in the same concession.

El Molla stressed that intensifying the plans and programs of research and exploration in cooperation with international oil companies (IOCs) is the cornerstone for achieving new discoveries. The minister pointed out that the discoveries achieved encouraged IOCs to pump more investments, which will reflect positively on the exploitation of Egypt’s reserves and gas resources during the upcoming period.

Moreover, Clémençon, said that the company is committed to its investment plan in Egypt, highlighting the great gas potential in the Mediterranean and Nile Delta areas.