El Molla Met with the CEO of GACIC 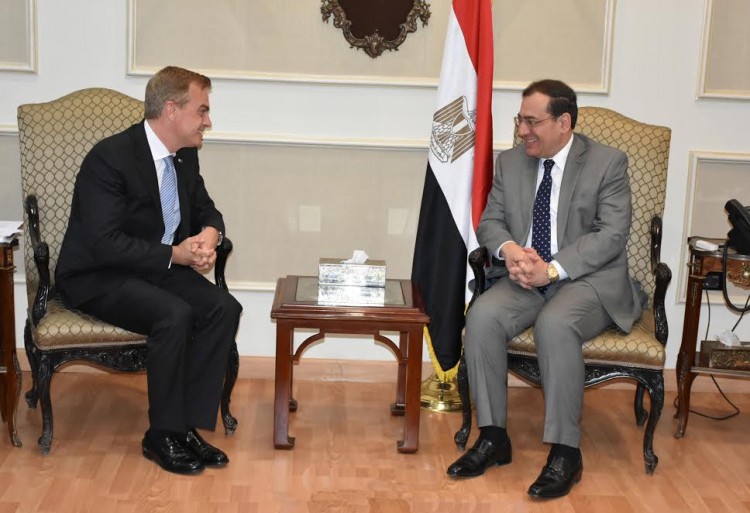 A press release to Egypt Oil&Gas stated that Egypt’s Minister of Petroleum and Mineral Resources, Tarek El Molla, met with German-Arab Chamber of Industry and Commerce (GACIC)’s CEO, Andreas Hergenröther, to discuss joint cooperation and investment opportunities in the fields of oil, gas ,and petrochemicals.

El Molla stressed on the strong economic relations between Egypt and Germany, which are supported by successful partnerships and various agreements between the two countries.

During the meeting, the minister reviewed the reform of the Egyptian energy sector. El Molla and Hergenröther discussed the possibility of benefiting from the German expertise and advanced technologies in various petroleum activities, especially the petrochemical industry, in light of the ministry’s plan.

From his side, Hergenröther emphasized the role of GACIC in supporting German-Egyptian relations, and its success in attracting and encouraging German companies to invest and transfer modern technologies to Egypt.

In addition, he pointed out that German investors are interested in the fields of oil, gas and petrochemicals, which are witnessing growth during the current period.