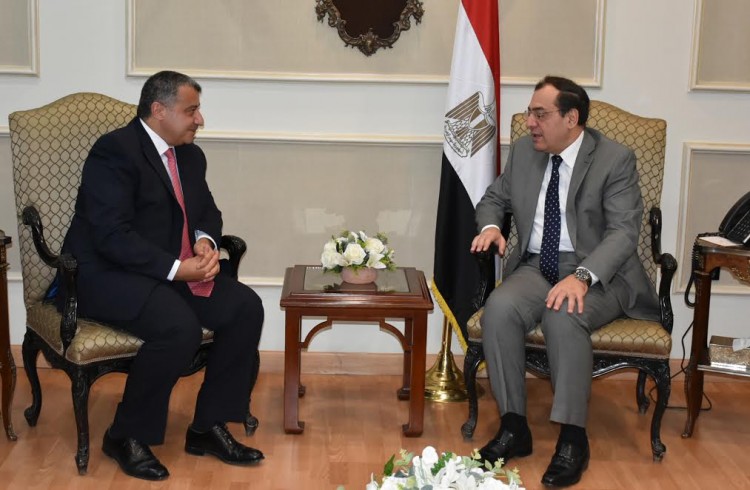 A press release to Egypt Oil&Gas stated that Egypt’s Minister of Petroleum and Mineral Resources, Tarek El Molla, met with Shell’s Deputy CEO, Samy Iskander, and  Shell Egypt’s Vice President & Country Chairman, Gasser Hanter, in the presence of   First Undersecretary of the Ministry for Gas and Geological Affairs, Mohamed Mounas, and First Undersecretary of the Ministry for Agreements and Exploration, Ashraf Farag.

During the meeting, El Molla discussed the work plans of Shell Egypt and the available opportunities in research and development, in addition to the possibility of  drilling new wells in the company’s concession in the Western Desert and the Mediterranean Sea.

Furthermore, El Molla stated that  Shell won exploration rights in the North Um Baraka concession in the Western Desert. The agreement will be  discussed in the House of Representatives to confirm inking it.