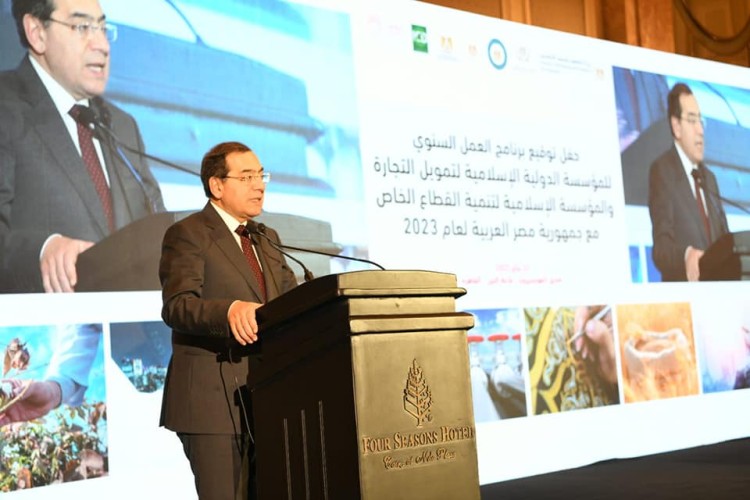 Minister of Petroleum and Mineral Resources Tarek El Molla stated that the International Islamic Trade Finance Corporation (ITFC) has funded the Egyptian petroleum sector with $10.8 billion since it started in 2008 until November 2022 to finance petroleum exports.

This came during his speech at the signing ceremony of the annual program between the ITFC, the Islamic Corporation for the Development of the Private Sector (ICD), and Egypt for 2023.

The minister highlighted the role of ITFC and its continuous support to the various strategic sectors in Egypt especially the petroleum sector which contributed to its development. These funds are used totally in meeting part of the refineries’ needs for crude oil.

He noted that the extended cooperation between the ITFC and the Egyptian General Petroleum Corporation (EGPC) began in 2008 by providing up to $200 million per year, which reached more than $1 billion in 2022.

Additionally, El Molla said that complementing this cooperation, ITFC has approved a tranche worth $457 million during January 2023 which greatly contributed to facilitating and securing part of the country’s needs for petroleum products.

It is worth mentioning that the financing provided by the ITFC to the EGPC comes within the framework of five consecutive framework financing agreements signed by the two sides, which began in 2012. The most recent (fifth) framework agreement was signed in January 2018 with a credit limit of $3 billion to finance basic commodities, which has been renewed for an additional five years, with an increase in the credit limit to reach $6 billion in June 2022.