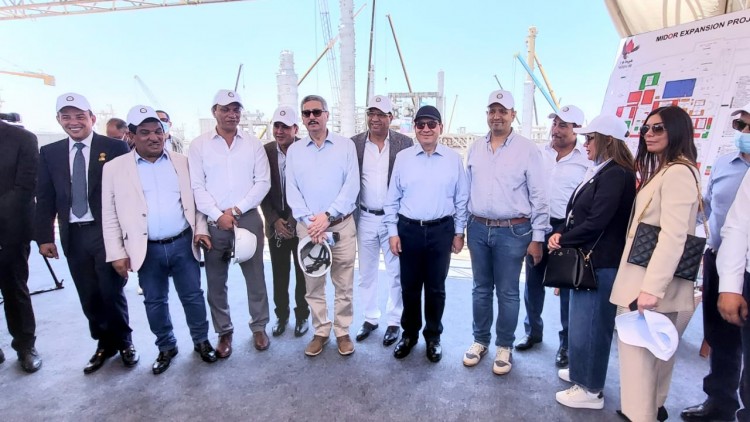 Minister of Petroleum and Mineral Resources, Tarek El Molla, has inspected the Midor refinery project which is being carried out in Alexandria, at a cost of $2.4 billion, a press release reported.

This project is as a part of a strategy targets updating the refineries in order to meet the domestic market needs of petroleum products, and achieve self-sufficiency by 2023. These expansions will increase operation capacity by 60% which currently amounts to 100,000 barrels.

Head of the energy and environment committee in the house of representative, Hossam Awad Allah, and several members have accompanied El Molla in his inspection tour, in addition to Alexandria Governor, Mohamed El Sherif, as well as other petroleum leading officials.

Gamal El Kareish, Chairman of Midor, showcased the expansion project which aims to improve refining and to get high standard products with full coordination with health, safety and environment (HSE) measurements. According to him, Midor succeeded in providing 20% of petroleum products needs in 2020, despite the pandemic conditions.

In the same context, El Molla said that Midor refinery, after expansion, will contribute to 40% of the exported volumes to close the gap between the production and consumption. He explained these expansions will double the production of diesel, gasoline, and jet fuel from 3 million tons per year (mmt/y) to 6.5 mmt/y within three years.

The Minister, also, said that the ministry is working on implementing several major projects in refinery industry including the completion of Mostorod and Alexandria projects, in addition to expanding refinery complex in upper Egypt in Assiut, to reach market stability.

For his part, El sherif praised the efforts of the petroleum ministry in Alexandria during the last few years. Moreover, Awad Allah expressed his pleasure due to the positive changes with the energy industry and success in overcoming the challenges under the leadership of El Molla.

The CEO of Egyptian General Petroleum Corporation (EGPC), Abed Ezz El Reagal, the Chairman of Petrojet company Waleed Lotfy, the Chairman of Enppi, Ashraf Bahaa, Undersecretary of the Ministry of Petroleum for the General Secretariat and Political Communication, Mohamed Hassan, Assistant Minister for Transportation and Distribution of Petroleum Products, Mahmoud Nagy  attended the inspection tour along with El Molla. 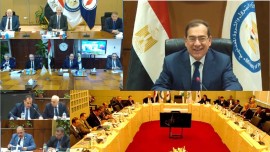