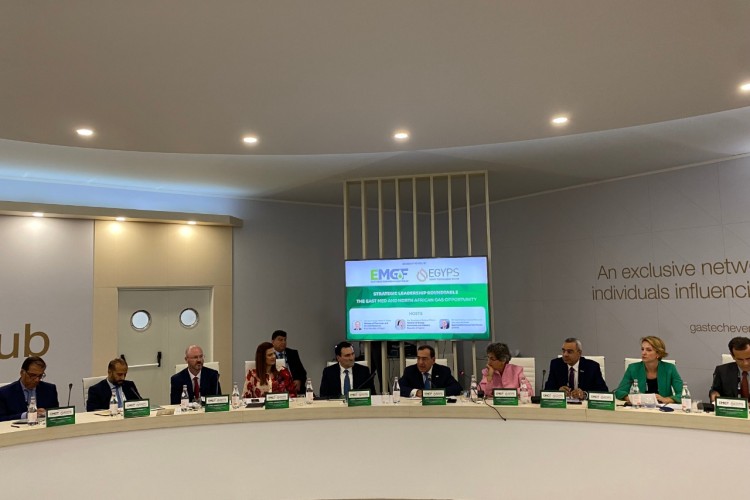 Minister of Petroleum and Mineral Resources Tarek El Molla highlighted the efforts of the East Mediterranean Gas Forum (EMGF) in developing natural gas reserves through cooperation and mutual work between its member countries by exploiting the available capabilities and infrastructure.

This came during his participation in a strategic leadership roundtable titled “The East Med and North African Gas Opportunity” held on the sidelines of the Gastech Conference 2022 in Milan, Italy.

During his speech, El Molla noted that the east Mediterranean region became a trusted source of natural gas to the European markets. He added that the trilateral memorandum of understanding (MoU) that was signed between Egypt, Israel, and the European Union for trading and transporting natural gas is one of the most successful activities for the forum.

Additionally, the minister elaborated that this forum was Egypt’s idea which it initiated at the Crete Summit four years ago. He also pointed out that Egypt stepped big steps towards conversion into a regional hub for trading oil and natural gas.

During the roundtable, several participants confirmed that natural gas is one of the most important sources of low-carbon energy during the energy transition phase. They also affirmed the necessity of reducing emissions from natural gas sources.