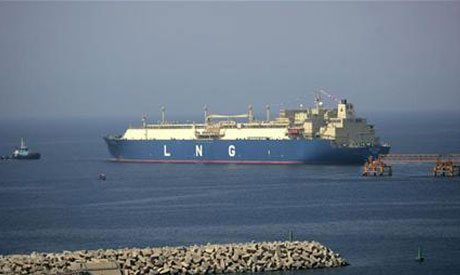 Egypt has received 129,000 tons of liquefied natural gas (LNG) from Russia’s Rosneft during the first half of 2017, according to the company’s announcement as reported by TASS.

The LNG cargos were delivered per the agreement signed by the Egyptian Natural Gas Holding (EGAS) and Rosneft in March 2017. The Russian firm agreed to supply Egypt with 600,000 tons of LNG between May and October 2017, Al Youm 7 reports.

In 2016, Rosneft delivered three LNG cargoes to the processing facilities of EGAS, Reuters reported in March

Rosneft is one of the international firms involved in the exploration and exploitation of Egypt’s Zohr gas field. The firm purchased a 30% stake in the field from Eni, an Italian company, in December 2016, according to UPI.