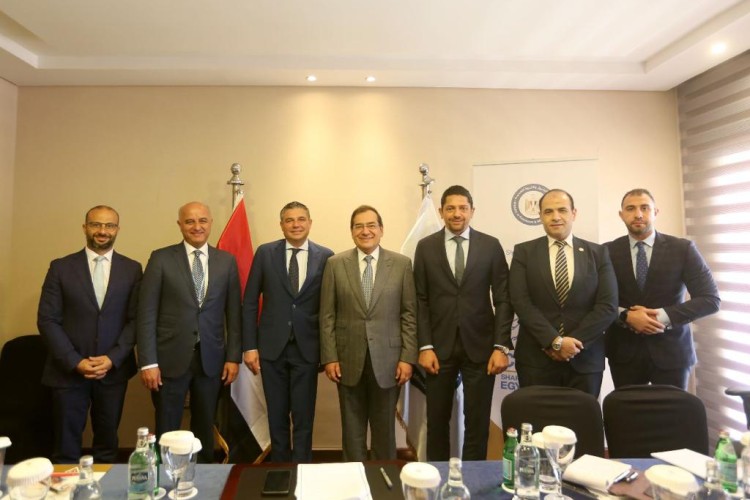 Minister of Petroleum and Mineral Resources Tarek El Molla held a session of talks in Sharm El Sheikh with Lorenzo Simonelli, CEO of Baker Hughes, and his accompanying delegation, on the sidelines of COP27.

The meeting discussed opportunities to develop joint cooperation and benefit from infrastructure in light of the role of Egypt as a pivotal center for trading and trading of natural gas in addition to cooperation in the field of reducing carbon emissions.

During the meeting, El Molla confirmed that the presence of the oil and gas industry and its participation in the climate conference for the first time in the history of climate summits and conferences represent a confirmation of the actual efforts in reducing emissions and their ability to perform activities in an environmentally compatible manner.

El Molla explained that the Decarbonization Day, scheduled for November 11, represents an important opportunity for Baker Hughes and the participating companies to present the progress of their initiatives and projects to reduce emissions and remove carbon.

Simonelli congratulated the Minister on Egypt’s success in organizing the conference in a wonderful way in the charming city of Sharm El-Sheikh, pointing out that the volume of participation this year exceeds the participation in previous conferences. Simonelli also praised the participation of the oil and gas industry for the first time in climate conferences and the efforts made by El Molla in this regard, which contributed bring energy leaders together all in one place to present their companies’ efforts in sustainability and decarbonization.

The meeting also witnessed a review of Egypt’s pivotal role as a natural gas trading hub and the proposed opportunities and models that can be studied to enhance the utilization of the infrastructure to increase exports of liquefied natural gas in Egypt. Simonelli confirmed that Egypt has already become a regional center for trading and exporting gas and that it has a comparative advantage and an infrastructure that enables it to benefit from all the gas resources that the eastern Mediterranean abounds in.