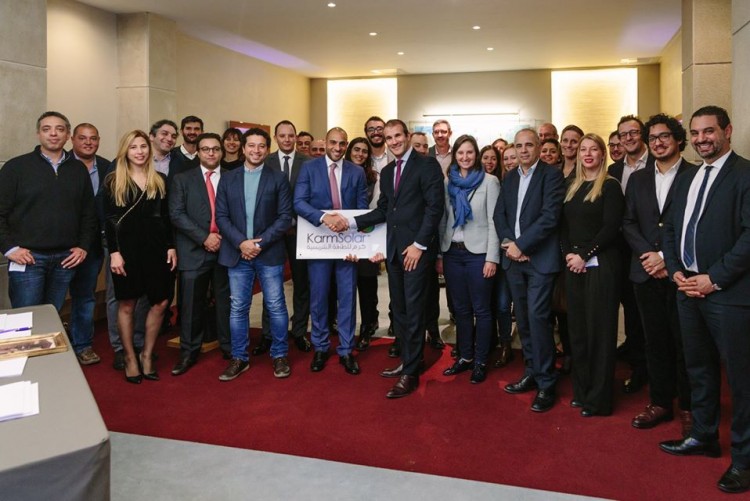 EDF Renewables, an affiliate of EDF Group, has entered into a strategic partnership for developing distributed solar in Egypt with KarmSolar, a developer and supplier of solar power in Egypt, according to a press release published in KarmSolar’s Facebook page.

Under the partnership, EDF would be willing to attain a strategic equity stake in KarmSolar through injecting capital. Such an investment will enable KarmSolar to implement its ambitious development plan in Egypt and expand its portfolio of solar plants providing power to commercial, agricultural, and industrial clients through Power Purchase Agreements (PPAs) or distribution contracts.

Moreover, this investment contributes to EDF Group’s goal under the CAP 2030 strategy of doubling its renewable energy capacity worldwide to 50-gigawatt (GW) net between 2015-2030.

“This is a major milestone in the development of our company, that ambitions to propel its expansion forward,” Amr El Sawaf, KarmSolar Chairman, commented. He added, “It is envisioned that this investment will boost the private Egyptian solar market and thus support the government in implementing its vision of becoming a renewable energy hub for the region.”

It is worth mentioning that KarmSolar currently holds a portfolio in Egypt close to 170-megawatt (MW) of solar PV plant projects in operations. These projects take part in the Egyptian government’s target of generating 42% of its electricity from renewable sources by 2035.