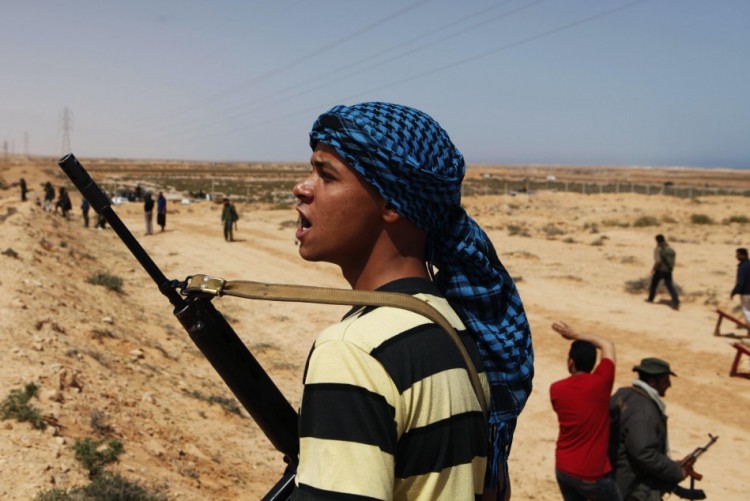 Libya’s official government, operating out of hotels in the east after being driven from the capital, is unlikely to succeed in plans announced last week to divert the country’s oil export income away from Tripoli.

Control over oil is at the heart of a struggle between two rival governments who are fighting for territory in the North African OPEC state four years after the ousting of Muammar Gaddafi.

Both sides field armies of fighters whose salaries are paid with export revenues collected by the National Oil Company (NOC), which continues to operate out of Tripoli and sell oil abroad even though the capital is in the hands of a faction whose legitimacy is not recognised by the international buyers.

Last week, the internationally recognised government, which runs an eastern rump state since fleeing the capital last year, said it wanted all oil exports to be paid for through a new state oil firm it is setting up in the east.

But analysts, oil insiders and Libyan businessmen said the eastern firm – also called NOC – is unlikely to persuade buyers that it is the legitimate owner of Africa’s largest oil reserves, as long as the original NOC is still operating in the capital.

“Oil contracts… are signed with the (Tripoli) NOC and paid into central bank accounts,” said Mattia Toaldo, policy fellow at the European Council on Foreign Relations.

“I don’t think that materially the …(eastern) government could change that without modifying these contracts,” he said. “It’d have to assure to the companies that it is in fact in control, which is not the case.”

Introducing a new payment system would mean breaking up the central bank, which has processed oil exports though accounts used by buyers for decades, and which is the only source of hard currency for the importers who feed Libya’s 6 million people.

The bank is one of the last institutions largely left untouched by the power struggle, paying public salaries across the country, including those of the armed groups on the state payroll who are fighting on both sides in the civil war.

Libya has slid into chaos four years after the war that ousted Gaddafi. Various rebel groups that opposed the dictator were put on the public payroll after his downfall and have refused to disarm.

They have divided into two main factions, which have battled for control of the capital and state institutions. Islamist fighters, some proclaiming allegiance to Islamic State, have also taken root in some areas during the ensuing chaos.

The United Nations is hosting talks in Morocco to try to resolve the conflict. The talks were extended after a deadline for a preliminary deal was missed on Sunday.

Doubts about ownership of oil and insecurity in ports have crippled Libya’s exports, which have shrunk to less than 500,000 barrels per day, a third of pre-2011 levels, hurting both sides, which depend overwhelmingly on state revenues.

Although Prime Minister Abdullah al-Thinni, now operating in the east, claims the authority to assert control over oil exports, those involved in the trade say it would be all but impossible for him to do so.

Thousands of documents, contracts, maps and geological sheets are stored in Tripoli at headquarters of the NOC and its subsidiaries, where hundreds of employees work.

Thinni has appointed a new head for his new NOC in the east. But no proper building exists yet to house it in Benghazi, the main eastern city which is now a war zone between Islamist militants and his forces.

His cabinet has been working out of hotels in Bayda, a town 1,200 km east of Tripoli. They produce documents but have little control over ministry staff based in Tripoli.

Both main sides say they are committed to ensuring that Libya exports oil only through lawful channels, and that rogue armed groups must not be able to arrange their own unofficial sales. A UN panel recommended in February that an international monitoring force be established to prevent unauthorised exports.

By unveiling a mechanism for the east to assert control over all oil sales, Thinni may be trying to persuade rogue commanders in the east not to go it alone.

Ibrahim Jathran, commander of an armed force who controls four eastern ports, tried last year to sell oil on his own, but now proclaims at least nominal loyalty to Thinni’s government.

Citing ship tracking data, oil traders said a tanker appeared to have tried to lift crude at one of the eastern ports under Jathran’s control this month. Jathran denies this.

He has threatened to call for secession for the east should the faction now controlling Tripoli win international recognition.

Toaldo said attempts by armed groups to sell oil were unlikely to succeed as long as the European Union, the biggest buyer of Libyan oil, as well as the United States have pledged not to recognise “parallel institutions” offering oil.

Thinni is also unlikely try in earnest to convince oil buyers to sign new contracts, which might scare them away, hurting both sides in the conflict.

Any further reduction in Libya’s oil exports would seriously worsen a public finance crisis, said Husni Bey, head of HB group, one of the largest private firms in Libya doing business on territory controlled by both sides.

The central bank has been burning through its dollar reserves to keep the state afloat and fund annual imports worth $30 billion. The Libyan currency has fallen by a third since last year.

“It is self injury to attempt creating an alternative or duplicate NOC in the East,” said Bey. “Oil (revenues) will fall short even of paying wages and subsidies.”