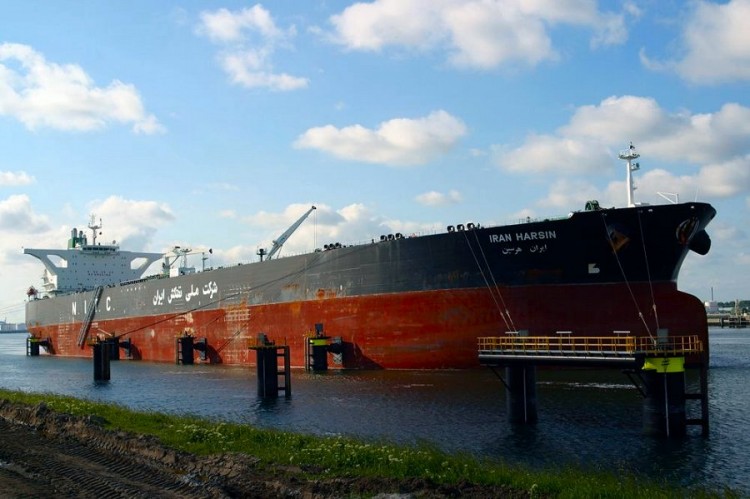 China’s crude oil imports from Iran jumped by nearly 30% last year to their highest average level since 2011, customs data show, as Iran’s largest oil client boosted shipments after an interim deal eased sanctions on Tehran.
Western sanctions against the OPEC member were eased in a late-2013 deal that allowed it to export about one million b/d amid negotiations over its nuclear programme. The lighter sanctions prompted both China and India to raise crude buys from Iran, especially over the first half of 2014.
Last year, China lifted 27.5 million tonnes of Iranian crude and condensate, an increase of 28.3% over 2013, data shows. That put its daily average at 549,250 billion b/d, almost even with the 555,000 billion b/d imported in 2011 before tightened sanctions.
The December imports from Iran rose 19.1% from a year ago to 604,740 billion b/d, and were up 17% from November. China, Iran’s largest buyer, also recorded exporting 320,000 tonnes, or 6,400 billion b/d, of crude to Iran in 2014, including 240,000 tonnes in December.
The exported volumes likely have to do with the movement of crude in and out of storage that sources with knowledge of the matter said state-owned Iranian oil company is leasing in the northeast Chinese port of Dalian. Iran has made at least two deliveries of crude from the Dalian site to India and one to South Korea.
China’s crude imports from top exporter Saudi Arabia were down 7.9% in 2014 from the previous year to 993,320 billion b/d.
Russia has become China’s third-largest crude supplier last year, behind Saudi Arabia and Angola.