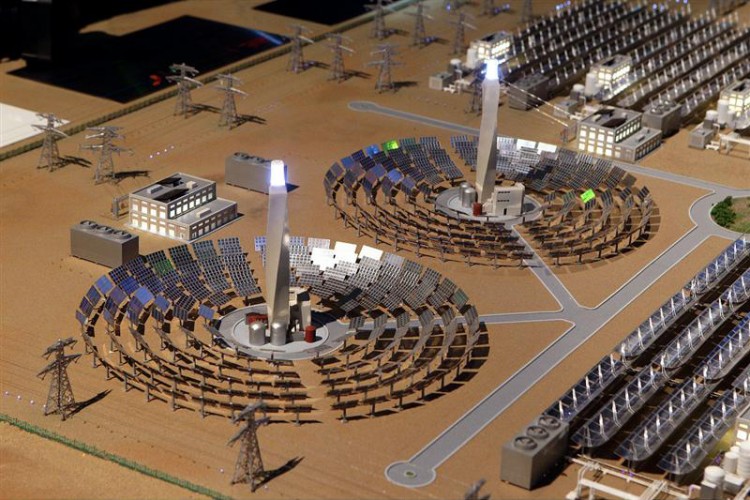 The project is being constructed by the Dubai Electricity and Water Authority (DEWA) in partnership with Abu Dhabi Future Energy Company (Masdar) and French energy company EDF.

The second and third stages of the current phase will be completed in 2019 and 2020, and will expand the site’s capacity by another 600 MW.

The installation will be world’s biggest single-site solar park when finished, and is projected to provide 75% of Dubai’s total power output by the year 2050, according to DEWA.

“Masdar and DEWA have played an active role in enhancing the cost efficiency and productivity of renewable energy by deploying the latest advances in technology,” UAE Minister of State Dr. Sultan Ahmed Al Jaber said.

“Solar power complements conventional energy in a relationship that makes perfect economic sense in this region, given the number of clear sunny days in the year, by helping to reduce energy costs through peak shaving,” he added.