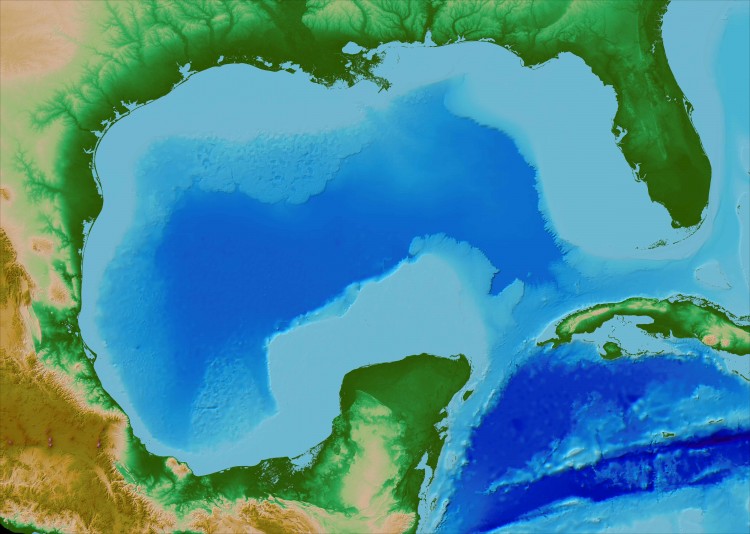 A decade-old oil leak where an offshore platform toppled during a hurricane could continue spilling crude into the Gulf of Mexico for a century or more if left unchecked, according to government estimates obtained by The Associated Press that provide new details about the scope of the problem.

Taylor Energy Company, which owned the platform and a cluster of oil wells, has played down the extent and environmental impact of the leak. The company also maintains that nothing can be done to completely eliminate the chronic oil slicks that often stretch for miles off the coast of Louisiana.

Taylor has tried to broker a deal with the government to resolve its financial obligations for the leak, but authorities have rebuffed those overtures and have ordered additional work by the company, according to Justice Department officials. Those officials were not authorized to comment publicly by name and spoke only on condition of anonymity.

“There is still more that can be done by Taylor to control and contain the oil that is discharging” from the site, says an Interior Department fact sheet obtained by AP.

Federal regulators suspect oil is still leaking from at least one of 25 wells that remain buried under mounds of sediment from an underwater mudslide triggered by waves whipped up by Hurricane Ivan in 2004.

A Taylor contractor drilled new wells to intercept and plug nine wells deemed capable of leaking oil. But a company official has asserted that experts agree the “best course of action … is to not take any affirmative action” due to the risks of additional drilling.

An AP investigation last month revealed evidence that the leak is far worse than Taylor, or the government, has publicly reported during a secretive response to the slow-motion spill.

The AP’s review of more than 2,300 Coast Guard pollution reports since 2008 showed a dramatic spike in sheen sizes and oil volumes since Sept. 1, 2014. That reported increase came just after federal regulators held a workshop last August to improve the accuracy of Taylor’s slick estimates and started sending government observers on a Taylor contractor’s daily flights over the site.

Presented with AP’s findings, the Coast Guard provided a new leak estimate that is about 20 times greater than one recently touted by the company. In a February 2015 court filing, Taylor cited a year-old estimate that oil was leaking at a rate of less than 4 gallons per day.

A Coast Guard fact sheet says sheens as large as 1.5 miles wide and 14 miles long have been spotted by Taylor since the workshop. Since last September, the estimated daily volume of oil discharged from the site has ranged from roughly 42 gallons to 2,329 gallons, with a daily average of more than 84 gallons.

Some experts have given far greater estimates of the leak’s extent. Based on satellite imagery and pollution reports, the watchdog group SkyTruth estimates between 300,000 and 1.4 million gallons have spilled from the site since 2004, with an annual average daily leak rate between 37 and 900 gallons.

In 2008, Taylor set aside hundreds of millions of dollars to pay for leak-related work as part of a trust agreement with the Interior Department. The company says it has spent tens of millions of dollars on its efforts to contain and halt the leak, but it hasn’t publicly disclosed how much money is left in the trust. The company sold all its offshore leases and oil and gas interests in 2008, four years after founder Patrick Taylor died, and is down to only one full-time employee.

Justice Department officials say the company approached the government concerning the trust fund, but they declined to discuss the terms of its proposal. Federal agencies responded that more work needed to be done, including installing a more effective containment dome system, and that the company remained responsible for doing that work, the officials said.

One official said the company’s proposed resolutions involved trying to recoup money that was still in the trust, but those overtures were rejected. Federal officials declined to comment on the status of any negotiations.

A spokesman for the company declined to comment Friday.

Only the broad outlines of the company’s response work are known. The government has agreed to keep many details under wraps in the name of protecting the company’s trade secrets.

In response to AP’s investigation, U.S. Sen. Bill Nelson last month called on federal officials to disclose technical data and other information about the leak. A spokesman for the Florida Democrat said Nelson confirmed with the Interior Department that Taylor “was formally asking to be excused from any further cleanup costs.”

“This case illustrates how hurricanes and oil rigs don’t mix,” Nelson said in a statement. “And I’m going to keep doing everything I can to make sure the Interior Department holds this company accountable.”