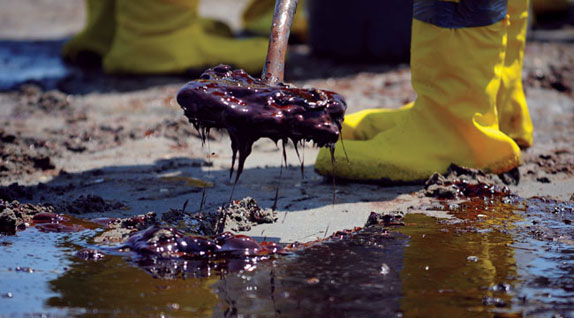 An oil spill has leaked over 29,000 gallons, or 700 barrels, of crude from a pipeline into a canyon in Ventura County, California. The spilled oil is expected to have flowed in the canyon without reaching the surrounding beaches as it got contained in a lengthy ravine, according to Wisconsin Gazette.

The leak occurred near a valve on an underground line that runs from Ventura to Los Angeles. The line was closed for maintenance and crews had replaced that valve the day before. The whole line contained a total of 84,000 gallons of crude and the exact reasons behind the leakage remain unknown.

The source added that the residents were the first to notice the leakage, they reported the incident after smelling and hearing the flowing crude. One of the eye witnesses said: “It [the leaked fuel] was just pouring out like water coming out of a fire hydrant.” In order to prevent the crude oil from moving any further, the firefighter built a dam of dirt to block the flow.

Crimson is believed to be in full charge of large part of pipelines across California and the Gulf of Mexico, while the carried oil itself, is owned by Aera Energy, the largest onshore oil producer in Ventura county, which produces around 13,000b/d.