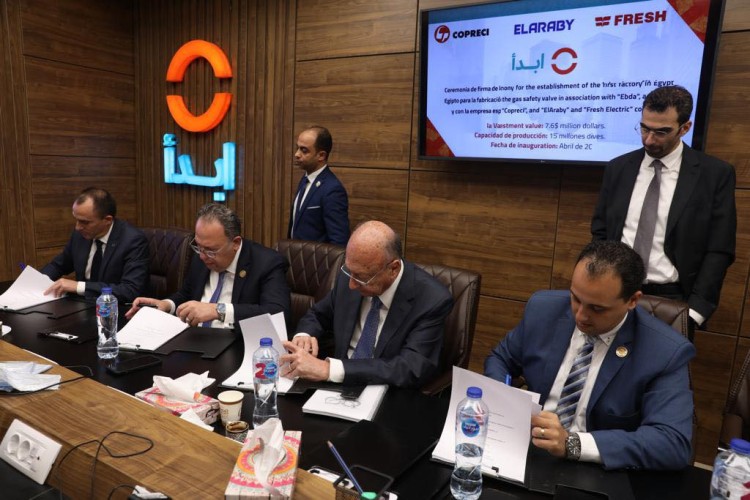 Spain’s Copreci has signed a partnership with Egyptian appliances firms Fresh and El Araby Group in order to establish the country’s first gas safety valve factory, according to a statement by the state’s Ebdaa initiative.
The $7.6 million facility will produce 15 million valves a year and is set to start operations in April 2023.
The shareholder agreement was signed by Ebdaa SAE, which is the executive arm of the National Initiative for the Development of Egyptian Industry, on December 13th, according to Akhbar El-Yom Newspaper.
The cooperation with Fresh and El Araby comes within the fruitful framework to enhance the role of the private sector to localize modern industries, and reduce the import gap by adding new investments to the industrial sector.
It is worth noting that the national initiative for the development of Egyptian industry “Ebdaa'” was launched by President Abdel Fattah El-Sisi in April 2022. It aims to strengthen the role of the private sector in localizing the industry, reducing the import gap, rehabilitating Egyptian workers, overcoming obstacles facing faltering factories, and constructing new factories in Egypt.