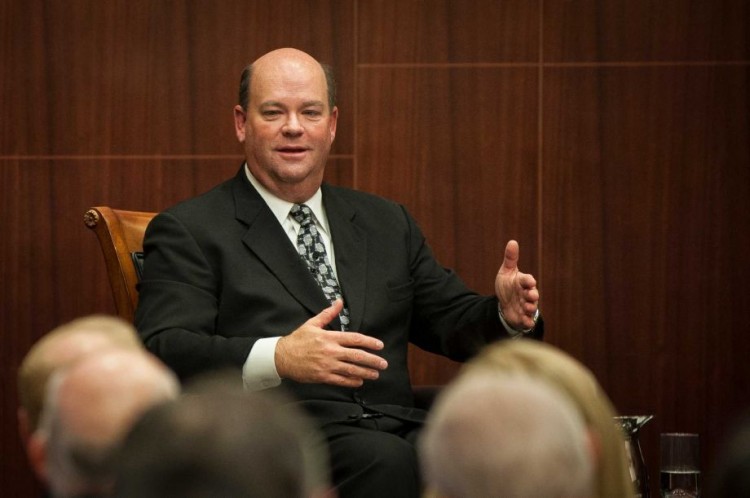 The US crude export ban that was imposed in 1975 should be repealed 40 years later to ensure the US oil and gas renaissance continues,ConocoPhillips Chief Executive Officer Ryan Lance said. A mismatch with US refineries generally configured to process heavier grades has created deep discounts for the new US light crudes, raising the possibility that the nation’s recent oil production growth could be curtailed, he warned.

“The US energy situation has improved significantly since the ban was put in place,” Lance said in a Jan. 14 address at the Center for Strategic and International Studies. “Government should recognize the new reality of the renaissance that has transformed North America from energy scarcity to abundance, and enable the industry to keep it going.”

Previously inaccessible resources which hydraulic fracturing, horizontal drilling, and other new technologies are tapping have changed the country’s supply outlook from scarcity to abundance, he noted. “We’ve barely scratched the surface,” Lance said. “This is the first inning of a 9-inning game.”

US crude transportation capacity has grown, he said. “There’s been a tremendous amount invested in pipelines the last 5 years, first with the Eagle Ford [tight oil field], then with the Bakken, and now with the Permian basin,” Lance said.

“No one wants to shut production in,” he said. “The logical solution would be to reform an export ban that was imposed in a completely different time. There is spare capacity in Europe, Asia, and Latin America to refine this light crude.”

Responding to a question at a press conference following his address, Lance said he also would support a fresh look at statutes that hamper economic transportation of new lighter US crudes to the relatively few US refineries already configured to process them. “Anything that restricts movements of crude should be examined,” he said.

The recent oil-price downturn will have an impact, he said. Lance said US light oil production rose 1 million b/d last year, but could fall 700,000 b/d in 2015. “It won’t stop all activity because some areas are more productive,” he said. “Our growth will slow down, but it won’t stop.”

Lance said the North American shale revolution “has twisted investment decisions for companies like mine.” He said, “We see unconventional operations here with costs-of-supply that are competitive with any operation around the world.” ConocoPhillips also considers fiscal systems, rule of law, political situations, and other aboveground risks, he added.

The US already exports crude to Canada and has begun swaps with Mexico, Lance said. “We need to export more,” he said. “Times have changed for the better. Policies should too. Congress and the administration should act by the end of 2015 before the next election cycle goes into high gear.”