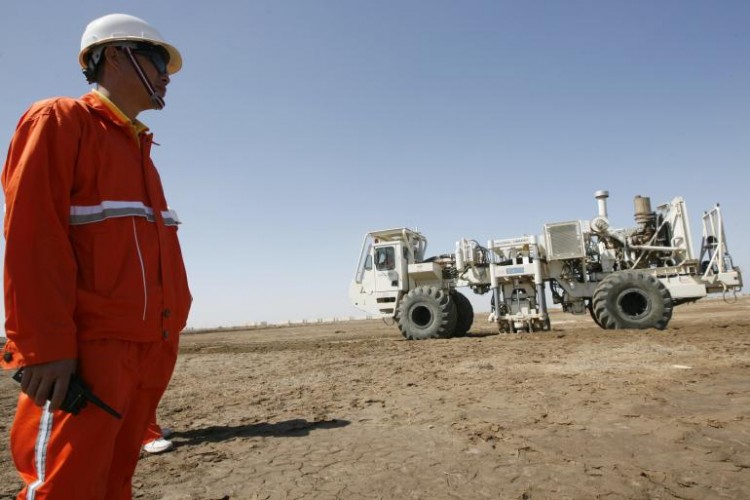 Chinese State Councilor Yang Jiechi said Sunday that China wants to boost relations with Iraq in all areas and to actively take part in the country’s reconstruction efforts.

Yang’s remarks came during a visit to Baghdad during a meeting with Iraqi President Fuad Masum, according to a written statement from the Iraqi presidency.

Masum also said he hoped to strengthen cooperation between the two countries, drawing attention to the “necessity” of improving military and intelligence cooperation.

Earlier, Iraqi officials had mistakenly said that the person who paid the visit to Baghdad was Chinese Vice President Li Yuanchao, not Yang.

The Chinese state councilor also said that China would do its part to help Iraq with several issues, especially in the humanitarian field.

Meanwhile, Abadi said Iraq needed massive investments from international companies for the reconstruction of regions regained from Daesh, a group he said threatens the whole world.

According to official statements, the annual trade volume between China and Iraq exceeds $24 billion and more than 25 major Chinese companies are operating in the oil, energy and electricity sectors in Iraq.

An estimated 10,000 Chinese workers are working across Iraq, the Chinese embassy in Baghdad said in June 2014.

Iraqi security forces, backed by Shiite militias, launched a ground offensive against Daesh on March 2 to recapture Tikrit, aiming to approach the Daesh stronghold of Mosul.

Tikrit, a Sunni-majority city, was the birthplace of late Iraqi president Saddam Hussein.

Clashes between Iraqi forces and Daesh have been ongoing since June 2014 when the armed group seized Mosul and other territories in Iraq.