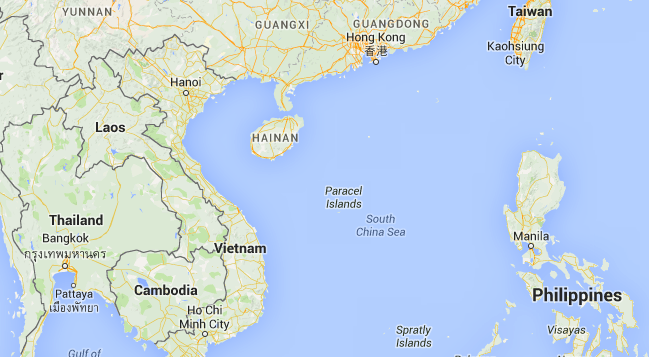 China has moved an oil rig at the center of last year’s violent dispute with Vietnam closer to Vietnam’s coast in the disputed South China Sea, just weeks ahead of the first visit by a chief of Vietnam’s Communist Party to Washington.

The move, announced by China’s maritime safety authorities, comes soon after the country indicated it was close to setting up new outposts in the maritime heart of Southeast Asia, as it nears completion of land reclamation in the South China Sea.

China claims most of the potentially energy-rich South China Sea, through which $5 trillion in ship-borne trade passes every year. The Philippines, Vietnam, Malaysia, Brunei and Taiwan also have overlapping claims.

China’s deployment of the rig last year in what Vietnam called its exclusive economic zone and on its continental shelf, about 120 nautical miles off its coast, led to the worst breakdown in relations since a brief border war in 1979.

Vietnam’s people remain embittered over a perceived history of Chinese bullying and territorial claims in the South China Sea, although China said at the time the rig was operating completely within its waters.

The rig now appears to be in an area where the exclusive economic zones (EEZ) of Vietnam and China overlap, but further away than last year, said Le Hong Hiep, a visiting fellow at Singapore’s Institute of South East Asian Studies.

The rig movement comes weeks before Vietnam’s top leader, Nguyen Phu Trong, is expected to visit the United States, in the first such trip by a general secretary of the nation’s Communist Party.

His mission is expected to further boost warming strategic ties between Washington and Hanoi – a relationship eyed warily in Beijing.

It also comes amid rising concerns at China’s rapid creation of artificial islands on South China Sea reefs – construction criticized by the U.S. and protested by Vietnam.

However, Le Hong Hiep, the Singapore-based analyst, said he felt Hanoi would not protest as strongly as it did last year if China said the rig was placed within an EEZ claimed from Hainan Island rather than one from the hotly disputed Paracel Islands, as it did last year.

Vietnam and China agreed on an equal split of the maritime boundary of the Gulf of Tonkin in 2000 but have yet to agree on demarcating waters further south, near the rig’s current site.

Earlier this year, the rig was drilling in the Andaman Sea off the coast of Myanmar, tackling the deepest exploration well it has so far undertaken, its owner, state energy group China National Offshore Oil Corporation (CNOOC), said in an earlier statement.

CNOOC could not immediately be reached for comment on Friday.