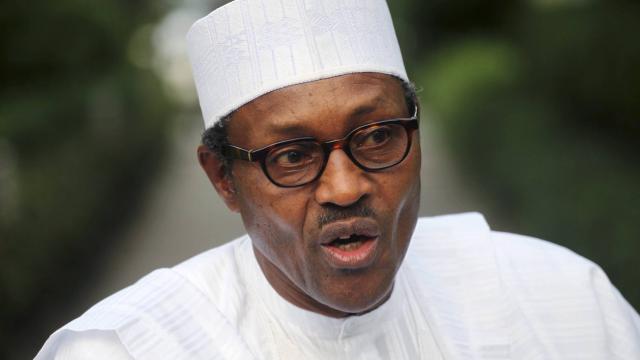 Buhari, who won a shock election victory in March, has so far given little indication of his policy agenda as he has focused on his main election pledges of tackling corruption and a six-year insurgency by Islamist sect Boko Haram.

A ‘transition committee’ set up by Buhari in April submitted 800 pages of policy recommendations to the president last month but the details were not made public.

Among its recommendations were slashing the size of the civil service, overhauling the much-criticized state oil company and removing costly petrol and kerosene subsidies, according to an executive summary obtained by Reuters.

Buhari should appoint a “Reform Czar” within the president’s office to oversee changes, the committee suggests.

“Time is of the essence, and expectations are high. The administration must act now,” the report says.

The paper lays bare the dire state of public finances in Nigeria, which has been hammered by a halving of oil prices last year. Nigeria relies on oil exports for 80 percent of government revenues and 90 percent of foreign exchange earnings.

The accountant general said on Monday he would share $1.7 billion from the oil savings account between the three tiers of government to cover outstanding arrears, suggesting the committee’s proposals are being implemented.

Paying government arrears should be funded by issuing 600 billion naira in bonds, restructuring existing debt and renegotiating or scrapping some government contracts.

“The incoming government will therefore have very limited resources and a plethora of challenges to address,” it said.

The report stressed the need for an independent central bank and said it would “ensure that only professionals” served on its board. It made no mention of monetary policy.

It recommends cutting costs by slashing the number of government ministries to 19 from 28 and removing “top-heavy appointments” within the presidency.

Part of the streamlining would also include establishing a new ministry of energy to oversee power and oil and gas, a merger that would create a powerful and important portfolio.

Buhari has yet to announce his cabinet and may not appoint ministers until September.

He has also said he wants to recover funds stolen by former government officials and oil companies.

Contracts between NNPC and oil firms and fuel traders should be reviewed, the committee suggested. NNPC works alongside oil majors such as Shell, Exxon, Chevron as well as global oil traders, including Trafigura, Vitol and Glencore.

His advisors also said he should pass into law the Petroleum Industry Bill (PIB), a complex and wide-ranging piece of legislation that has been delayed for eight years due to wrangling between the oil industry and government.

The committee recommends passing an old version of the PIB, which includes creating incorporated joint ventures between oil majors and NNPC, a policy strongly opposed by foreign oil firms.

Industry experts believe passing the PIB could take months or even years and a more realistic approach would be to break it up into more manageable pieces of legislation.

In 2009, Nigeria’s government agreed an amnesty and stipend payments with former Niger Delta militants, who during the height of their attacks on pipelines cut up to a third of the country’s oil output and moved world oil prices.

The amnesty should be extended for another year, the committee said.

The report proposed a plan for the “reconstruction, rehabilitation and development” of the northeast, which has borne the brunt of Boko Haram violence.