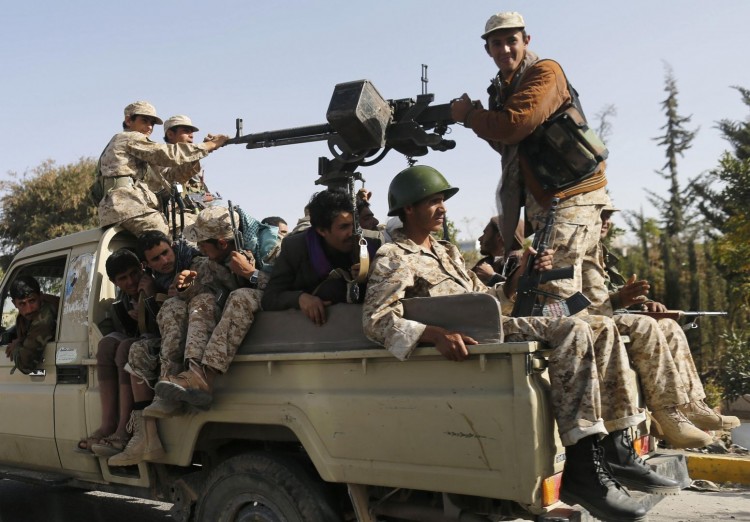 While Yemen contributes less than 0.2% of global oil output, its location puts it near the center of world energy trade.

The nation shares a border with Saudi Arabia, the world’s biggest crude exporter, and sits on one side of a shipping chokepoint used by crude tankers heading West from the Persian Gulf. Global oil prices jumped more than 5% on Thursday after regional powers began bombing rebel targets in the country that produced less than Denmark in 2013.

Yemen’s government has collapsed in the face of an offensive by rebels known as Houthis, prompting airstrikes led by Saudi Arabia, the biggest producer in the Organization of Petroleum Exporting Countries. The Gulf’s main Sunni Muslim power says the Houthis are tools of its Shiite rival Iran, another OPEC member, and has vowed to do what’s necessary to halt them.

“While thousands of barrels of oil from Yemen will not be noticed, millions from Saudi Arabia will matter,” said John Vautrain, who has more than 30 years’ experience in the energy industry and is the head of Vautrain & Co., a consultant in Singapore. “Saudi Arabia has been concerned about unrest spreading from Yemen.”

Yemen produced about 133,000 b/d of oil in 2013, making it the 39th biggest producer, according to the U.S. Energy Information Administration. Output peaked at more than 440,000 b/d in 2001, the Energy Department’s statistical arm said on its website.

Brent, the benchmark grade for more than half the world’s crude, gained as much as $3.23, or 5.7%, to $59.71 a barrel in electronic trading on the London-based ICE Futures Europe exchange on Thursday. West Texas Intermediate futures, the U.S. marker, jumped 5.6% to $51.98 on the New York Mercantile Exchange.

Yemen is located on Bab el-Mandeb, the fourth-biggest shipping chokepoint in the world by volume, through which 3.8 million b/d of oil and petroleum passed in 2013, according to the EIA. Its closure may keep tankers from the Persian Gulf from reaching the Suez Canal, diverting them around the southern tip of Africa, adding to transit time and cost, the EIA said on its website.

Ships carrying oil from Europe and North Africa won’t be able to take the most direct route to Asian markets via the Suez Canal if the Bab el-Mandeb strait is shut, according to the EIA.

“Yemen is not an oil producer of great significance but it is located geographically and politically in a very important part of the Middle East,” said Ric Spooner, a chief strategist at CMC Markets in Sydney.

Saudi Arabia, the United Arab Emirates, Bahrain, Qatar and Kuwait responded to a request from Yemen’s President Abdurabuh Mansur Hadi, according to a statement carried by the official Saudi Press Agency.

Saudi Arabia led OPEC’s decision in November to resist calls to reduce its output target of 30 million b/d, a resolution that Iranian Oil Minister Bijan Namdar Zanganeh said was “not in line with what we wanted.”

“In the longer term, Iran will be happy to disrupt oil supplies,” Vautrain said. “They literally want to control Saudi Arabia and Iraq. They would love that. They’re fighting a proxy war and they will continue to fight a proxy war.”

The Houthis, who follow the Zaydi branch of Shiite Islam, say they operate independently of Iran and represent only their group’s interests.