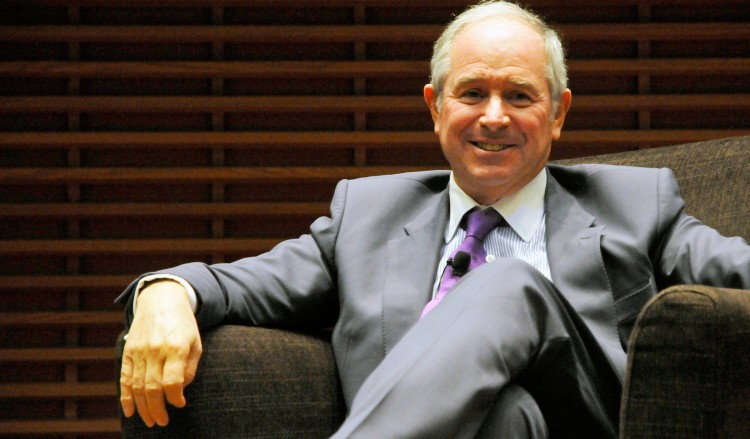 Blackstone Group LP’s Chairman Stephen Schwarzman is seeing “remarkable” opportunities in debt and equity that are emerging out of the slump in crude oil.

Most of the New York-based private equity firm’s energy investments aren’t in oil, meaning its exposure to lower oil prices is limited, Schwarzman said in an interview on the sidelines of the Boao Forum for Asia with Bloomberg Television on Saturday. Schwarzman, who is also chief executive officer of Blackstone, didn’t elaborate on specific energy investments.

Crude prices tumbled more than 50% after the U.S. shale boom boosted output to a three-decade high and as OPEC, led by Saudi Arabia, the world’s largest oil exporter, relinquished its traditional role adjusting production to moderate price swings in an effort to maintain market share.

His firm agreed this month to buy an office building in London for 268.4 million pounds ($400 million) from Land Securities Group Plc. Blackstone may have $100 billion of low-risk real estate under management in a decade, Schwarzman said in July.