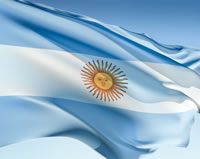 According to his statements, his goal is to cut energy subsidies, and push for a rapid increase in energy production relying on rich oil, gas, and renewable power resources, while also reducing country’s energy imports from the current 15 %.

Argentina holds among the world’s greatest potential for shale oil and gas, of which only about 54,000bpd of oil equivalent is being produced now.

Aranguren, who is to take the ministerial office on 10th December, previously worked as the Shell Argentina’s Chief Executive.